Queen Mary is committed to the highest possible standards of animal care and welfare.

When animals have to be used in research, we refine our work by investing in methods to alleviate or minimise any potential pain, suffering or stress. We do this by:

Refining case study: How non-invasive imaging refines the use of animals in tumour research

Queen Mary researchers in the School of Medicine and Dentistry work to reduce and refine the use of animals using non-invasive imaging. These imaging techniques are the same as those used in humans, for example ultrasound, MRI or PET imaging.

Non-invasive animal imaging scanners allow researchers to collect information about an animal, for example the biochemistry of a tumour, in a way that doesn't harm the animal at all. 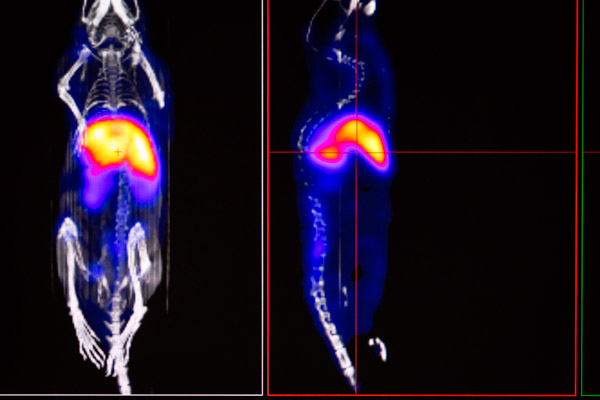 Longitudinal studies involve studying an animal over a period of time. Non-invasive scanning means that a single animal can now be scanned at different time points, reducing the number of animals used in a project.

Refining experimental techniques in this way also enables scientists to reduce suffering. Non-invasive imaging allows researchers to detect tumours earlier when the animals are not suffering.

This means that studies can begin sooner, in more clinically relevant stages of the disease, and such projects can end before the disease is severely advanced and before the animal would begin to suffer.