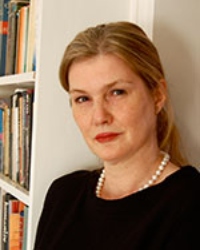 Professor Douglas-Scott joined Queen Mary in September 2015 as Anniversary Chair in Law. Previously she was Professor of European and Human Rights law at the University of Oxford, and before that Professor of Law at King’s College London. She retains a link with Oxford as honorary research fellow at Lady Margaret Hall, Oxford.

My main research interests are in global law and governance; the study of the political and legal aspects of EU-China relations in global governance; as well as the comparative study of the rule of law in Europe and Asia. I am particularly interested in the relationship between international law and Chinese law in the areas of international security and trade governance. My recent works include Chinese Perspectives on the Rule of Law and the International Rule of Law: Law and Politics in the One-Party State (Edward Elgar, to be published 2018) and a co-edited volume on China, the European Union, and the Developing World (Edward Elgar, 2015).

Professor Douglas-Scott has published over 150 articles, books, book chapters and shorter pieces. Some of her work may be found on her SSRN page and academia page.

Below is a selection of her more recent work.

‘The Constitutional Implications of the EU (Withdrawal) Act 2018: A Critical Appraisal’ Queen Mary School of Law Research paper (2019) (on ssrn)