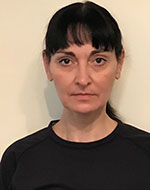 Principles, policies and dilemmas on free speech in universities

There is substantial evidence that ‘controversial’ but lawful views are being supressed in universities. This is especially problematic since free speech is not just a ‘right’ but materially constitutive of democracy – and universities are best placed to protect and promote democratic values.

The overarching aim of the thesis is to uncover general or universal principles, concepts and reasoning in order to put forward a theory that will establish free speech as the core identity and mission of universities in democratic societies. The value of this theory is that it will allow us to identify deficiencies, uncertainties and gaps in the law, and make proposals for reform for universities in the UK and elsewhere.

Penny is a PhD candidate at Queen Mary University of London where she has been awarded a Graduate Teaching Assistantship. She holds a BSc (Hons) in Psychology, an MA in Psychoanalytic Studies and a PGCE in Post Compulsory Education and Training. Penny has worked as a lecturer and curriculum manager in both further and higher education for almost 20 years and has substantial experience in assessment and curriculum design. She is currently working as a psychology lecturer for the Open University, where she also completed her LLB (First Class Honours).