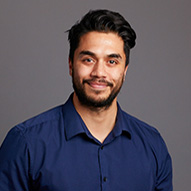 Tanzil Chowdhury is a Senior Lecturer (Associate Professor) in Public Law at Queen Mary University of London and the Co-Director for the Centre of Law and Society in a Global Context. His research focusses on War, Public law and Accumulation by dispossesion. He was previously a Research Fellow at Birmingham Law School, where he assisted on a report examining key provisions of Gibraltar’s 2006 Constitution for the Territory’s Parliamentary Select Committee on Constitutional Reform, and was the President’s Doctoral Scholar at the University of Manchester. He was also a Research Associate at the University of Essex and has held visiting positions at the New School, (New York), New York Law School (New York), Hong Kong University (Hong Kong), Paris 1 Panthéon-Sorbonne University (Paris), Yeshiva University (New York City), and the Université Catholique de Lille (Paris).

Before beginning his job at Queen Mary, Tanzil spent a year as a development worker helping to set up the Greater Manchester Law Centre and was a co-founder of the Northern Police Monitoring Project.

Having previously written on war powers, constitutionalism in the British Overseas Territories, and recently completed a monograph titled ‘Time, Temporality and Legal Judgment’ (which attempts to articulate a novel account of judicial fact construction through legal temporalities), Tanzil’s latest research broadly focusses on Constitutions and accumulation by dispossession. Drawing on Marxist and ‘materialist’ methodologies, Tanzil’s future work will examine the role of constitutions in so-called primitive accumulation both domestically and internationally.

Tanzil has also contributed to public discussion and written several pieces on a range of issues primarily around issues of race and policing. He has a chapter in an edited collection ‘Abolishing the Police’.

Other Articles and Video

Tanzil was a co-founder of the Northern Police Monitoring Project and helped set up the Greater Manchester Law Centre. He currently sits on the Board of Advisors for the Independent Workers of Great Britain (IWGB) and is an ad-hoc member of the Joseph Rowntree Charitable Trust’s Rights and Justice Committee. He formerly sat on the National Executive Committee of the Haldane Society of Socialist Lawyers. Tanzil previously worked in the Pro Bono Offices of Singapore’s Subordinate courts, and has spent much time on twinning and teaching projects in the Occupied Palestine Territories. He maintains a commitment to community-oriented and grass roots projects.