The COVID-19 pandemic and isolation which has ensued, has driven a dramatic rise in the number of reports of domestic violence in the UK. The Guardian reported that during the first four weeks of lockdown, 13 women and four children were killed in the UK, while calls to domestic violence helplines increased by 120%. This devastating consequence of lockdown is not confined to the UK, but is being felt globally. 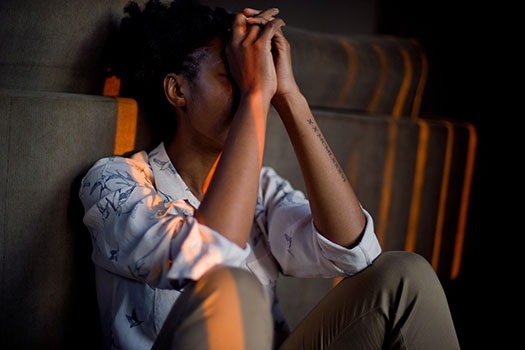 The UN Refugee Agency (UNHCR) has warned that displaced women and girls face a greater risk of violence during the Coronavirus crisis, including being confined with abusers or forced into “survival sex” with limited access to support services.

What is domestic violence?

The Home Office defines Domestic Violence in its Guidance as: “Any incident or pattern of incidents of controlling coercive or threatening behaviour, violence or abuse between those aged 16 or over who are or have been intimate partners or family members regardless of gender or sexuality. This can include, but is not limited to, the following types of abuse:

The Home Office’s coronavirus Guidance on support for victims of domestic abuse further includes online abuse in its definition. Domestic violence does not discriminate on the basis of gender, age, ethnicity, religion, sexuality or social background.

The impact on migrant women

A person has an insecure immigration status if they do not have the right to live and work in the UK for an unlimited period of time; they may have a spouse visa, work or student visa, or be refugees, asylum seekers, victims of human trafficking, undocumented or have over-stayed their visa.

The intersectional relationship between gender, race and immigration status mean that migrant women trapped in quarantine with their abusers suffer from structural inequalities and face a unique form of oppression. Perpetrators of domestic violence exploit these women’s fear of deportation and detention by threatening to report them to authorities if they reach out for support. The New York Times reported in 2017 a downturn in reports of domestic violence in Latin American communities following Trump’s election, which experts attributed to an increased fear of deportation.

Insecure immigration status is often manipulated as a tool for coercive control against women. In many cases, a woman’s immigration status in the UK will be dependent upon her husband’s British citizenship or Indefinite Leave to Remain. Victims of human trafficking and modern slavery are similarly threatened with deportation if they report abuse. Refuge states that “Using victims’ fear about their immigration status to control them is a common tactic used by traffickers and perpetrators of other forms of gender-based violence.” Migrant women are in a particularly vulnerable position when it comes to domestic violence as they are subjected to the additional layer of fear that they will be treated as the criminal while the perpetrator will enjoy impunity.

Women from minority ethnic backgrounds may suffer from further pressures due to cultural and community concerns; many women fear social exclusion if they leave their abusive partners and language barriers may prevent them from accessing support. A UN Women discussion paper on intimate partner violence against migrant women found that women with insecure immigration status may experience social isolation, a lack of awareness about services, and racism from services, resulting in a higher prevalence of violence. Funding is drastically needed for life-saving black and minority ethnic specialist services to ensure support is provided by people who understand their culture, language and needs.

No recourse to public funds ("NRPF")

The NRPF rule prevents domestic violence victims with insecure immigration status from accessing publicly funded refuges or welfare benefits. This means that survivors feel they must choose between on-going abuse and destitution. In their COVID-19 briefing, the End Violence Against Women Coalition highlighted how migrant women “make up a significant part of the vital key worker labour force right now, including social care workers, healthcare assistants, cleaners and many other roles.” It is essential that all victims of domestic abuse have access to life-saving resources regardless of their immigration status.

Southall Black Sisters, an organisation which works to support African-Caribbean and Asian women against gender-related violence, successfully campaigned for the Government to introduce the Destitution Domestic Violence (“DDV”) concession in 2012. This entitles migrant women with leave to remain as a partner, whose relationships have broken down as a result of domestic violence, leave to remain in the UK with access to public funds for three months. However, while this was a significant development in helping vulnerable women to escape abuse, it only applies to those with spousal visas. Many survivors with insecure immigration status do not qualify for support. For this reason, Southall Black Sisters have been campaigning for the NRPF rule to be abolished.

The Home Office needs to take urgent action to enable people with fragile immigration statuses to seek durable protection from domestic violence without putting at risk their residence rights. Further, it should urgently review the NRPF rule with a view to the automatic lifting of the restrictions where a person has reported domestic violence even where the report is still under investigation. Where someone with a fragile, dependent or irregular immigration status reports domestic violence, the Home Office should immediately suspend any enforcement action which may be underway and grant an extension of stay appropriate to the status of the individual to allow them to recover from the violence and fear.