Revised regulations make no reference to “two households”, “multiple households” or “groups of up to six”, or (for that matter) to ‘linked households’. The view - that two households "of any size" could get together in a “private dwelling" - was misplaced. 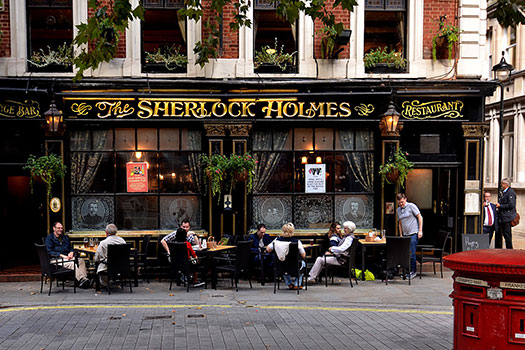 On the 4th July 2020 (a day hyperbolically styled by the media as “Super Saturday”) pubs, restaurants, hairdressers and cinemas were reopened in England “after a major relaxation of lockdown curbs”.[i]  Although these changes had been announced many days in advance, it was not until late afternoon on the 3rd July that the Government published two sets of regulations for England: one specific to the town of Leicester,[ii] and the other applicable to the remainder of England (the “revised regulations”).[iii]  As for conduct that is now permitted in most parts of England, statements made by BBC News are typical of those that appeared in the popular press:

In England, two households are now able to meet indoors or outside, including overnight stays. The two households have to maintain social distancing throughout, unless they are part of the same support bubble. Indoor meetings of more than two households are not recommended because of the higher risk of infection.  But households can meet with multiple others as long as each meeting is separate.  Outdoors, people from multiple households can meet in groups of up to six. When the changes were announced, it was suggested that two households "of any size" could get together. However, when the rules were introduced a limit of 30 people for any gathering was included. [iv]

The problem is that the revised regulations make no reference to “two households”, “multiple households” or “groups of up to six”, or (for that matter) to ‘linked households’.[v] The view - that two households "of any size" could get together in a “private dwelling" - was misplaced.

The revised regulations are very different in content and structure from those that it revoked.[vi]

Certain businesses and services are required to remain closed (schedule 2).  Although “theatres” no longer remain in the schedule, they remain closed for live performances (presumably on health and safety grounds).  The prohibition on persons staying overnight (without reasonable excuse) at any place “other than the place where they are living or where their linked household is living”[vii], has gone.

The regulations that impose restrictions on “gatherings” have been significantly overhauled, but this has not been accompanied by greater legal clarity.

The definition of a “gathering” remains unchanged, namely:[viii]

there is a gathering when two or more people are present together in the same place in order to engage in any form of social interaction with each other, or to undertake any other activity with each other;

Regulation 7 of the pre-existing regulations imposed a prohibition on gathering in a public or private place subject to the number of persons present:

Exceptions were made in respect of persons in the “same household” or members of two “linked households”, or where it was “reasonably necessary” to gather “for work purposes”.  Nobody appears to have queried whether the ‘gathering’ provision applied where two or more persons were present in a shop or shopping mall.  But the ‘key’ to defining a “gathering” is the requirement that persons interact or engage in an activity “with each other”.  Two persons making home-made wine in a garden shed, or who are engaged in a boxing contest, might meet that condition.  But, would five birdwatchers, sharing a bird hide and acting independently, constitute a “gathering”?

The revised regulations impose prohibitions on gatherings in a very different way.  The government was clearly concerned about illegal indoor[ix] raves and thus it enacted reg.5(4).  No person may participate in a gathering (indoors) which consists of “more than thirty persons” and is of a kind “mentioned in s.63(1) of the Criminal Justice and Public Order Act 1994[x] if it took place on land in the open air”.  Section 63 is headed, “powers to remove persons attending or preparing for a rave”.

It is not entirely clear why reg.5(4) was thought necessary if one takes the view that a rave is a “form of social interaction with each other” and hence a “gathering”.   Be that as it may, new regulation 5 specifies three other situations in which (subject to exceptions) no person may participate in a “gathering” consisting of more than 30 persons, namely:

(i) in a private dwelling,[xi] including a houseboat,

(ii) on a vessel,[xii] other than a houseboat or a vessel used for public transport, or

(iii) on land which satisfies the condition in reg.5(2).

There is no difficulty comprehending (i) and (ii) above.  The fact that the 31+ persons who are present, are part of one extended family, appears to be irrelevant for the purposes of regulation 5.

What about gatherings “on land”?  Regulation 5(2) is awkwardly expressed (italics added):

Land satisfies this condition if it is a public outdoor place, which is not —

(a) operated by a business, a charitable, benevolent or philanthropic institution or a public body as a visitor attraction, or

(b) part of premises used for the operation of a business, charitable, benevolent or philanthropic institution or a public body.

Some commentators suggest that this provision means that there must not be a gathering of more than 30 persons at a “public outdoor place”[xiii] unless it is a “visitor attraction” operated by a “business, a charitable, benevolent or philanthropic institution or a public body” (reg.5(2)(a)), or which is part of the premises used by those entities to carry out their respective operations (reg.5(2)(b)), and which (in either case) meets the three requirements of reg.5(3)(a), namely:

(i)    the gathering has been organised by a business, a charitable, benevolent or philanthropic institution, a public body, or a political body,

(iii) the gathering organiser has taken all reasonable measures to limit the risk of transmission of the coronavirus, taking into account the risk assessment carried out under paragraph (ii).

Furthermore, for the purposes of paragraph (3)(a)(iii), any guidance issued by the government relevant to the “gathering” in question, “must be taken into account” (reg.5(5)).

However, it is difficult to escape the conclusion that the words “which is not” in reg.5(2) are to be construed literally.  The exemption was presumably intended to apply to any public outdoor place “which is not” (that is to say, other than) those places specified in reg.5(2)(a) and (b).  Thus, entities that operate visitor attractions such as zoos, farms and fair grounds would be duty-bound to comply with health and safety requirements in any event.  The inclusion of “a political body”[xiv] in reg.5(3)(a)(i) is perhaps indicative that reg.5 is concerned with gatherings such as outdoor political rallies, amateur sports training or competition, and other outdoor events that are not held on part of the premises that is used by a business, charity or public body, or which do not constitute a “visitor attraction”.  In these situations, organisers are required to comply with reg.5(3)(a).  That provision also applies to boats and ships.  A further exemption is provided by reg.5(3)(c) in respect of a gathering that is “reasonably necessary” for “work purposes” or “for the purposes of education or training” (e.g., a field trip that is not on school premises and is carried on at a “public outdoor space”).

The above analysis would explain why churches,[xv] restaurants and pubs, are able to accommodate more than 30 persons at a time - subject to legislative measures such as the health and safety legislation, together with various official guidelines.

A new power is afforded to the Secretary of State who may, by direction, restrict access to a specified public outdoor place, or to pubic outdoor places of a “specified description” (reg. 6), but only after consulting with the Chief Medical Officer or one of the Deputy Chief Medical Officers of the Department of Health.  No person may enter or remain in the restricted area in contravention of the restrictions in the direction without reasonable excuse while the direction has effect (reg. 6(11)).

An earlier posting by this commentator has been critical of the open-textured drafting of the health protection regulations.  The revised regulations are open to the same criticism.  The position throughout has not been helped by the conflation of statutory legal rules and departmental guidelines.  The position is compounded when statements in the media, and those made by politicians, describe as “rules” matters that are not to be found in the regulations (such as “groups of 6”, “2 metres”, and “1 metre”).

No wonder members of the public remain bemused, confused, and often upset.

[ix] By reg.5(6)(b), “a place is indoors if it would be considered to be enclosed or substantially enclosed for the purposes of section 2 of the Health Act 2006, under the Smoke-Free (Premises and Enforcement) Regulations 2006”.

[x] Section 63(1): “This section applies to a gathering on land in the open air of 20 or more persons (whether or not trespassers) at which amplified music is played during the night (with or without intermissions) and is such as, by reason of its loudness and duration and the time at which it is played, is likely to cause serious distress to the inhabitants of the locality; and for this purpose - (a) such a gathering continues during intermissions in the music and, where the gathering extends over several days, throughout the period during which amplified music is played at night (with or without intermissions); and (b) ‘music’ includes sounds wholly or predominantly characterised by the emission of a succession of repetitive beats”

[xii] Reg.5(6)(e): “Vessel” means “any ship, boat, barge, lighter or raft and any other description of craft, whether used in navigation or not, but does not include government vessels.”