Empty Threats Make the Most Noise

A row erupted on 9 February 2021 when Mr Matt Hancock[1] announced that any passenger who submits a Passenger Locator Form in terms that conceal the fact that they had travelled in a ‘red list’ country[2] (such as Portugal) “could face a £10,000 fine or prosecution and up to 10 years in prison”.[3] 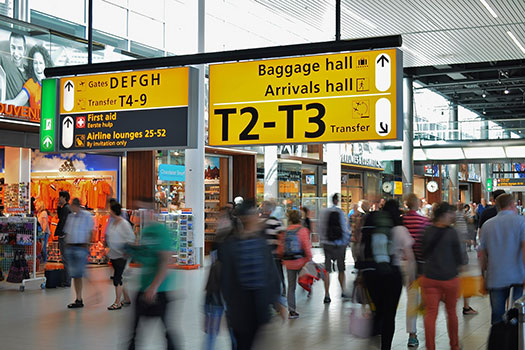 Criticism has been hard-hitting. Lord Sumption, the former UK Supreme Court Justice, asked, “Does Mr Hancock really think that non-disclosure of a visit to Portugal is worse than the large number of violent firearms offences or sexual offences involving minors, for which the maximum is seven years?“, adding that “When policy-makers impose savage and disproportionate sentences, it is usually because the rule in question is not widely respected and breaches are hard to detect“.[4] Dominic Grieve, a former UK Attorney General, described the proposal as “absurd“,[5] and the leader of the Labour Party, Sir Kier Starmer, remarked that the proposed penalties constituted an “empty threat“ and, that "pretending" that judges would sentence anyone to that long in prison "wouldn't help anyone".[6]

In the face of such criticism, one might have expected the Government to quickly back down – but not a bit of it. Another Government Minister, Mr Grant Shapps, is reported as having said that the 10-year maximum jail term reflected the "serious nature of the offence”.[7]

The topic raises a range of questions that has vexed the minds of jurists, policy makers, and law makers, for years. When is conduct deserving of being labelled “criminal”? What constitutes an appropriate penalty? How is appropriateness to be judged and measured? Must a penalty be “commensurate” with the breach, or must it be “proportionate” and, if so, proportionate to what? Are the ‘coronavirus’ penalties designed to deter others or merely to mark the level of wrong-doing by the person in breach? To what extent is it permissible for a penalty to include an element for potentially harmful consequences, for example, by making a false and misleading statement that may endanger human life?

Thousands of criminal offences have been created under English law but it is difficult to identify a consistent policy or settled criteria by which the Legislature fixes sentencing levels. Accordingly, Lord Sumption’s comparison with other offences sheds little light on why the Government settled on 10 years’ imprisonment in respect of the conduct that it now wishes to penalise. Certain sexual offences involving minors attract a maximum term of imprisonment for life,[8] but other offences attract maximum sentences that are way in excess of 7 years’ custody.[9] Many firearms offences carry sentences in excess of 7 years’ custody, and a significant number attract a maximum of life imprisonment.[10] Theft carries a maximum term of 7 years’ imprisonment,[11] but burglary of a dwelling carries 14 year’s imprisonment (on indictment), and 10 years’ for other types of burglary. Offences of fraud (under the Fraud Act 2006) carry a maximum of 10 years’ imprisonment,[12] as do the offences of making or supplying articles for use in fraud,[13] participating in fraudulent business carried on by a sole trader,[14] and certain offences under the Forgery and Counterfeiting Act 1981.[15] By contrast, offences of false accounting,[16] and publishing false statements by officers of a company or an association,[17] carry 7 years’ imprisonment, while the offence of obtaining services dishonestly carries a maximum of 5 years’ imprisonment.[18]

What, then, has been going on? Under the Public Health (Control of Disease) Act 1984, a Government Minister may make ‘health protection regulations’, including “creating offences”.[19]  But no offence may be created that is punishable with imprisonment[20] and SI 2021 No.150 makes no reference to such an offence.[21] This may explain why the BBC reported Downing Street as having stating that MPs will not be asked to vote on the plans as the government will be “including the restrictions under the Forgery and Counterfeiting Act 1981“.[22] This cannot literally mean that the FCA 1981 would be amended to include false statements made on a Passenger Locator Form. Presumably, the Government thinks that the 1981 Act can be used as it stands. The Act makes it an offence to, make a false instrument (s.1); copy a false instrument (s.2); use a false instrument (s.3); use a copy of a false instrument (s.4); have custody or control of specified kinds of false instruments (s.5(1)); and make or have custody etc. of machines, paper etc. for making false instruments of that kind (s.5(3)). Each offence is punishable with up to 10 years’ custody – which may explain the Government’s reference to “10 years”. Of course, none of this detracts from the complaints made that the proposed penalty is excessive, would never be imposed, and that the prospect of detection is likely to be slim – in other words, that the threat of long term imprisonment is “empty”.

But, would a charge under the FCA 1981 be misconceived? Possibly. The focus of each offence is on the instrument. It is well established that a false statement in an instrument does not ordinarily make that instrument a forgery; a false instrument is one which purports to be something that it is not.[23] Section 9 defines the meaning of “false” and “making”.[24] Arguably, altering the printed expiry date on a railway ticket might be an FCA offence but, arguably, a passenger has not ‘made’ or ‘altered’ a Passenger Locator Form merely by omitting to say that they had travelled in a ‘red list’ country: the structure of the form remains the same.

Until relatively recently, English law drew a sharp distinction between crimes and civil/administrative sanctions. “Fines”, properly so-called, are indicative of breaches of the criminal law. But the distinction has become blurred by certain out-of-court disposals by which a breach of the law attracts a penalty without giving rise to prosecution and ‘conviction’. An example of this is the “[fixed] penalty notice” regime (FPN) enacted under the Criminal Justice and Police Act 2001. A person who has committed a “penalty offence”[25] is offered the opportunity of paying an on-the-spot penalty that will “discharge any liability to be convicted of the offence to which the notice relates”.[26] Interestingly, breaches of the coronavirus regulations are not included within the Act’s list of penalty offences. Presumably this is because the various ‘Health (Coronavirus) Regulations’ have created their own FPN regime.[27]

Compliance is likely to be higher when regulations are clear and as certain as they can be, and when coercive sanctions for non-compliance are credible. Perhaps the time has come to critically consider whether or not many statutory sentencing tariffs are due for revision.