Lenders and Investors need to be part of the solution 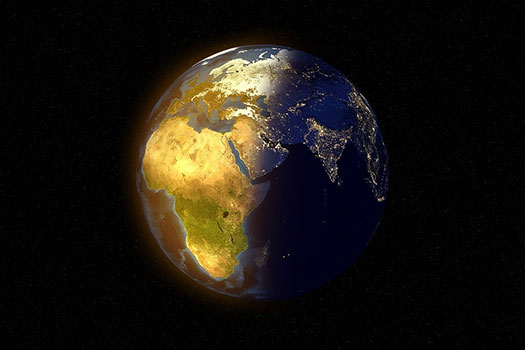 Image by Arek Socha from Pixabay

The pandemic triggered by Covid-19 has left few corners of the world untouched and across Africa the cases have been increasing rapidly from the initial low numbers compared to those in Europe and Asia. Africa is home to 41 of the IMF’s 59 Low Income Countries (LICs) and is therefore structurally vulnerable to external shocks. Not only is Covid-19 straining the generally weak national health systems, it is also impacting economies as governments implement increasingly aggressive lockdown procedures to stem the rate of the spread of the virus. Countries are thus having to face the economic ramifications of combatting the virus and keeping their citizens healthy, an undisputed priority, as the lockdowns reduce economic activity. At the same time the global economic slowdown sparked by the pandemic is taking a toll on key commodity sectors and tourism which are significant revenue earners for governments in many countries across the region.

As a consequence, the economic impact of Covid-19 has sparked calls from various stakeholders for a blanket moratorium (or standstill) on all debt service due to African creditors be they bilateral, multilateral or commercial in nature. In a letter to the international community reflecting the outcome of a virtual meeting of several African Finance Ministers in March 2020, there was a call for an immediate waiver of all interest payments on public debt and sovereign bonds. In the case of the private sector, the Ministers identified the immediate waiver of all interest payments on trade credits, corporate bonds, lease payments and activation of liquidity lines for central banks.

These requests have formed the basis of a growing narrative for a blanket debt moratorium for Africa. In response to these appeals, the IMF and World Bank have thus far not publicly supported a blanket debt moratorium but have asked Bilateral and Multilateral creditors in International Development Association countries to provide debt forbearance. These initiatives resulted in a G-20 communique on 15 April announcing a debt suspension initiative jointly agreed with the Paris Club. This stance has provided a measure of assurance to commercial and private lenders, who like the IMF and World Bank recognise the un-intended consequences a blanket debt moratorium including commercial debt could have. However, commercial creditors know they need to play a role here due to the magnitude and the unprecedented nature of the phenomenon that we are currently facing.

However, if this debt suspension initiative is applied as a general blanket solution, it can risk losing much of the hard won gains the continent has achieved in relation to the international capital markets over the last 15 years. Many African countries have been able to access international commercial finance for the first time during this period which has not only broadened the pool of capital they can tap, but aided in the building of a credit history in the international financial markets which has helped some issuers to reduce yields over time. The gains have not just been in terms of pricing, ever longer maturities from African issuers in the Eurobond market have also been achieved. Further, international commercial investors have helped to develop and deepen local currency credit markets thereby allowing African administrations to finance their deficits in line with more developed economies, instead of relying solely on bilateral/multilateral lenders or short-term paper with the attendant maturity mis-matches.

This access is very important to the continued and sustainable development of African economies as the pool of capital it provides is substantially larger than the developmental finance or multilateral resources. Even if market access were maintained post a blanket debt moratorium for Africa, it would probably have a direct impact on financing costs.

Moreover, given that most hard currency debt is benchmarked off the sovereign, this has the potential to significantly increase financing costs to growing businesses across the region. Hence the repercussions of this action are not just at the governmental level but stand to touch many businesses. For a continent with such a young demographic, taking actions that would likely increase the cost of much needed funding to finance business expansion or infrastructure spend which are the engines of growth and job creation, can have a very costly undesired consequence.

On the other side of the equation, the proposed blanket moratorium is not a victimless action. A significant proportion of the pool of international capital is derived from private and state pension schemes, educational endowments, foundations and charitable trusts. Such institutions have a fiduciary duty to make investment decisions for the benefit of their beneficiaries which include some of the most vulnerable in society such as the elderly, as well as a vast array of employees (some of whom are low paid) who are saving for their retirement. Losses from their investments will affect many of these cohorts materially.

Hence in drawing up workable solutions to the current crises, we believe there needs to be clear recognition of the crucial role commercial creditors will play in assisting Africa out of the current crisis and beyond. The obvious question is where the capital will come from to fund the government deficits going forward? A rough estimation puts the cost of the pandemic above the USD 4 trillion mark. Even at a trillion dollars it is unlikely that the IMF’s balance sheet will be enough to help all these countries to reach a more sustainable path.

In this context it would be ideal to mobilise commercial lenders and investors to help bridge the financing gap many LICs, especially those in Africa, are likely to face. It is rational to expect that lenders and investors understand that time is of the essence and that breathing time is needed. So, in these unprecedented times lenders and investors need to join the dialogue and be part of the solution to prevent un-intended consequences that can be costly for Africa.

This is the backdrop of the Open Letter to the IMF and the World Bank, that I co-signed with with co-fellow members of the Chair in Sovereign Debt at Sciences Po University (Paris), where we proposed some Debt Relief Guiding Principles.

Rodrigo Olivares-Caminal is Professor of Banking and Finance Law and Co-Director of the Institute for Global Law, Economics and Finance (IGLEF) at Queen Mary University of London