On 22 July 2019  The School of Law at Queen Mary University of London honoured the hard work of its students at its Summer Graduation Ceremony at the People’s Palace at Queen Mary’s  Mile End Campus.

Among the graduates were fifty-eight students who received awards for outstanding achievement in their respective modules. This year’s graduation ceremony was also unique with a father and son graduating together. At the ceremony, Queen Mary alumnus Jeffrey Leung formally received his BSc degree with Honours in Civil Engineering some 34 years after qualifying. His son, Sheldon Leung, received his LLB Law degree with First Class Honours.

Below are just a few stories from our outstanding graduates about their time at The School of Law at Queen Mary, and their plans for the future: 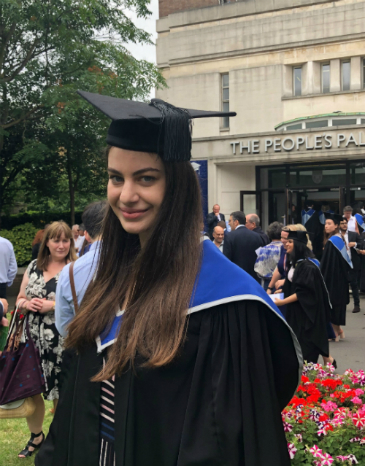 Sylvia received her Law LLB Honours degree on the day, achieving a 2:1. Silvia is currently on a six-month internship with the High Commissioner of Human Rights for the United Nations in Geneva. She will then move on to New York to an internship at Corporate Social Responsibility.

“Queen Mary School of Law’s interesting module selections diversified my degree, preparing me for the work I am doing now. The diverse and ambitious people I met and the friends I made enriched my experience. I couldn’t have graduated without them, they were a great source of moral support.” 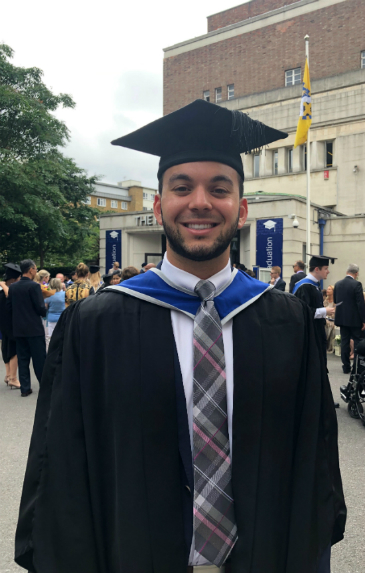 Paul is another student who graduated from the LLB Law programme, achieving a great result of an upper 2:1.

Next year Paul will be taking up a training contract in Canada, thereafter he’ll be a practicing barrister and solicitor.

“I feel that my time at Queen Mary learning all the research skills and engaging with legal materials has prepared me well for the practice of law. I’ve been working at a firm over the last few summers and they’ve been very impressed with what I’ve been able to do at this stage in the game. I loved the small campus feel at Queen Mary that you don’t get at other universities in London - it was easy to make friends and connections. Staff were very also very friendly, experienced and knowledgeable.” 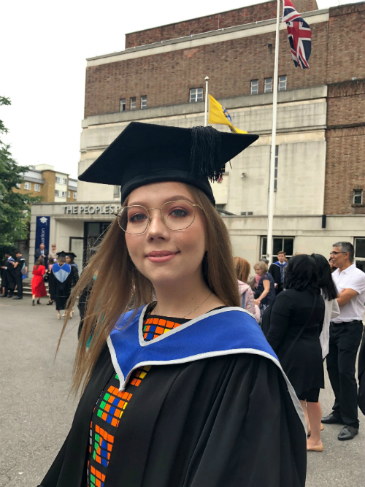 Congratulations to another LLB Law Honours graduate, Karina, who achieved a high 2:1, completing her degree over four years, with one year abroad in Leiden, the Netherlands.

Her future plans include starting her Legal Practice Course (LPC) at BPP University this September.

“All the experience I got from the Legal Advice Centre, and from my teachers, who always showed me different opportunities, has formed me as a student, and as a future legal professional, in every single way.”

The School of Law would like to congratulate all our graduates on completing their degrees and wish them the all the best for their future endeavours!