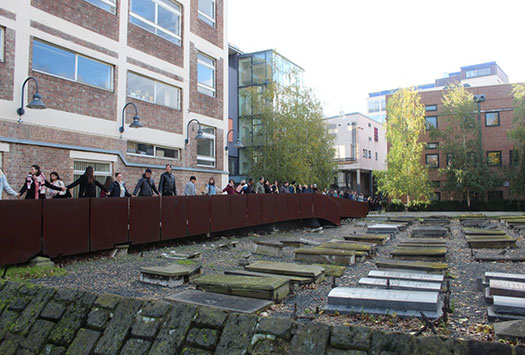 On 18 November 2019, the Legal Advice Centre at Queen Mary University of London organised a hand hold around the cemetery in order to raise awareness of the effects of air pollution and its contribution to climate change.

Poor air quality is the largest environmental risk to public health in the UK. Long term exposure to air pollution can cause chronic conditions such as cardiovascular and respiratory diseases as well as lung cancer, leading to reduced life expectancy.

As staff and students from across the university stood in solidarity at the on campus cemetery, this served as a visual reminder of the message. At the core of the University, we were united in fighting for a cause which everyone (especially around Queen Mary) is affected by 365 days a year. The Legal Advice Centre were proud to support this international day of action and hope to continue work in this area moving forward.