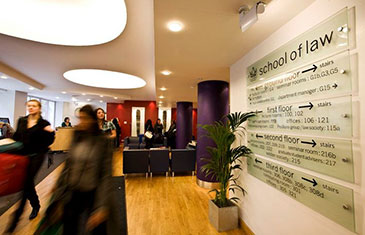 The School of Law at Queen Mary University of London (QMUL) has ranked 5th in the UK by The Guardian University Guide 2017, maintaining its position as one of the top five law schools in the country.

In The Guardian's 2017 subject league tables, the School's overall score of 83.4 / 100 reflects the excellence of the School and the breakdown reveals that the School has improved in the areas of student satisfaction at 91.9 per cent, the quality and satisfaction with teaching, and employment prospects of our graduates.

The Guardian's ranking uses eight different criteria, including student satisfaction with teaching and feedback, student to staff ratio, spend per student and graduate job prospects. Unlike other annual rankings of British universities, the criteria do not include a measure of research output.