Paris Agreement is a turning point for humanity, according to Sir David King

The Paris Agreement, a global plan to tackle climate change, will go down in history as “a great turning point for humanity” according to the government’s permanent Special Representative for Climate Change. 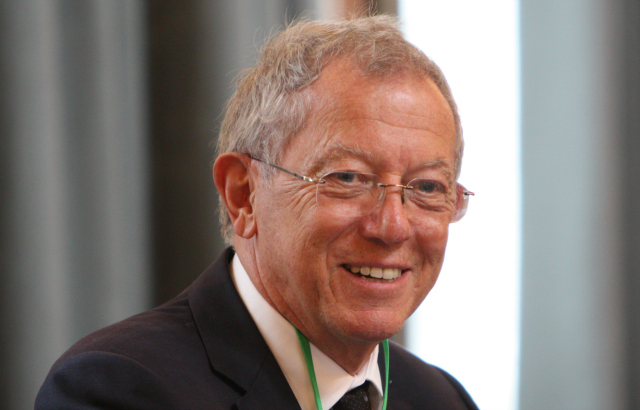 Sir David King, who was heavily involved in the negotiations, made his remarks at the second annual Energy Law Lecture, organised by QMUL’s Energy and Natural Resources Law Institute.

“It is the most significant decision ever reached by 195 nations working together. The decision is to manage what many of us feel to be the major global challenge facing humanity this century,” said Sir David.

He said: “It’s taken many years to get to this point. It’s relatively simple. It’s an agreement to shift from fossil fuel based economies that we’ve had since the industrial revolution to fossil fuel free economies in a matter of decades.”

To an audience of lawyers, policy-makers, academics, and journalists, Sir David addressed a broad range of issues including new market opportunities in developing countries and the development of new technologies to accelerate progress on climate change.

According to Sir David: “620 million people are currently without electricity in their homes and the majority of those people live in Africa. Britain is a key player in [in the region] due to the magnitude of our aid budget. We have an aid budget of seven per cent GDP - this year that’s $18 billion. What we have is the ability to deliver on major projects of this kind.

“It [the Paris Agreement] means that in Africa there will be an immediate shift to renewable energy sources because when we go off grid to these villages, we are delivering localised energy. This is going to be very heavily based on solar energy with micro-grids and energy storage facilities and there’s a big new market here.”

He added: “Let me say a word or two about the size of this market. It is already big. Our estimates in the foreign office state that it’s around four trillion dollars a year in clean energy roll out around the world. The upshot of Paris is that we’ve got all of these nations committed to moving into the clean energy world. This means that the market demand is going to increase very significantly.

“What you see is the kernels of a self-accelerating process. Once the market gets big, a lot of players enter the market, prices come down, and we’ll see that the commitments from Paris will roll forward and be exceeded. You may say that is unduly optimistic but I am feeling rather optimistic after Paris.”