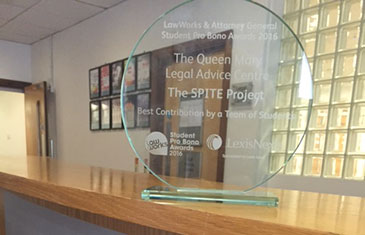 Since starting the project, 400 school students have been educated and a further 40 law practitioners have attended CPD seminars on the sharing of intimate images.

The LAC was nominated for a further two awards - 'Best Contribution by a Law School' and 'Best New Project'.