94% of QMUL Law Graduates in employment or education 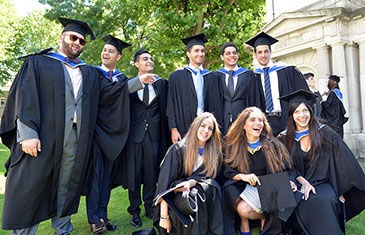 93.9 per cent of QMUL Law students who graduated in 2015 are in work or study, according to the HESA’s Destinations of Leavers from Higher Education (DLHE) Survey. This represents a significant increase over the previous results of 88.7% for 2014 graduates and 87.6% for 2013 graduates.

In addition, the number of law students in graduate level employment has also increased. For the School of Law, 91.8% of 2015 graduates were in full time graduate level work and/or study, up from 86.7% the previous year.

DLHE Survey is undertaken annually on behalf of QMUL by The Careers Group, University of London, six months after undergraduate students graduate.