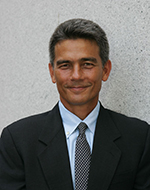 Professor Brian Tamanaha, William Gardiner Hammond Professor of Law at Washington University Law, is joining QMUL's School of Law as a Visiting Professor. He will be visiting Queen Mary regularly over the next three years and will be involved in workshops and masterclasses for students.

Professor Tamanaha has previously delivered the Inaugural Cotterrell Lecture in Sociological Jurisprudence in 2015 and participated in a special roundtable on the manuscript of his latest book at QMUL. 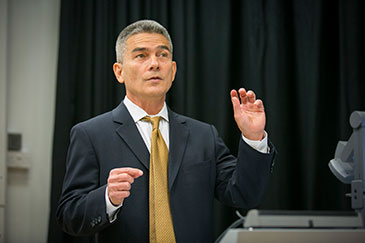 Professor Tamanaha is a renowned scholar of jurisprudence, law and society and legal education. He is the author of eight books and numerous scholarly articles. His articles have appeared in a variety of leading journals, and his publications have been translated into eight languages. He has delivered lectures in Brazil, Indonesia, Japan, France, the Netherlands, Colombia, Singapore, Australia, Canada and the United Kingdom. He spent a year in residence as a Member of the Institute for Advanced Study in Princeton. Professor Tamanaha is the recipient of several book prizes and awards, and a frequent speaker and lecturer at legal conferences throughout the United States and abroad. Before becoming a law professor, he clerked for the Hon Walter E Hoffman, US District Court for the Eastern District of Virginia. He also practiced law in Hawaii and Micronesia, where he served as legal counsel for the Micronesian Constitutional Convention, Assistant Attorney General for the Yap State and Assistant Federal Public Defender for the District of Hawaii. He then earned a doctorate of juridical science at Harvard Law School.