London and Paris lead the way as the most popular venues, with Asian cities closing the gap. 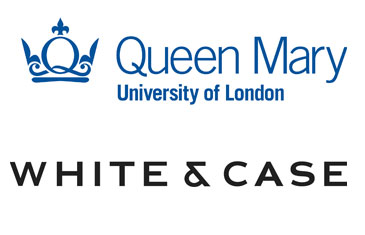 London and Paris continue to be the preferred venues for international arbitration, ranked by respondents as the two most used seats over the past five years (45% and 37%, respectively) and the two most preferred seats (47% and 38%). However, the study shows that Hong Kong and Singapore are gaining momentum, coming in third and fourth. Singapore is perceived to be the most improved seat for international arbitration over the past five years, with Hong Kong following closely behind.

Paul Friedland, Partner and Head of the International Arbitration Practice Group at White & Case LLP said: “London and Paris remain the most popular seats for international arbitration because of their enduring reputation as arbitration-friendly jurisdictions with high quality legal infrastructure. However, as this year’s study shows, Singapore and Hong Kong are closing the gap. Both seats have made significant investments in support of international arbitration in recent years, which have made them increasingly attractive locations for users.”

A call for more regulation

Professor Loukas Mistelis, Director of QMUL’s School of International Arbitration, commented: “While arbitration is the most preferred method of dispute resolution, this year’s research shows that the global arbitration community increasingly supports greater micro-regulation for many of the specific parties involved. At the same time the survey shows that respondents appreciate the arbitration laws and rules adopted over the last years hence considering further macro-regulation unnecessary. ”

To reduce the time and cost associated with international arbitration, 92% of respondents favoured inclusion of simplified procedures in institutional rules for claims under a certain value. A requirement that “tribunals commit to and notify parties of a schedule for deliberations and delivery of final award” was particularly welcomed.

The phenomenon of “due process paranoia” was also raised as one likely cause of increased cost and delay. Many felt that the risk of a successful challenge to an arbitral award was insufficient to justify arbitrators’ overly cautious behaviour. As such, respondents felt that arbitrators should be more willing to manage proceedings decisively.

Some 93% of respondents favoured the inclusion of emergency arbitrator provisions in institutional rules. This is despite the fact that nearly half (46%) would currently elect to have recourse to domestic courts if in need of urgent relief before the constitution of the tribunal, whereas only 29% would opt for an emergency arbitrator. Users thus prefer to have a wide range of options available to them, regardless of how often they may elect to use them.

The research for this study was conducted from February to July 2015 by the School of International Arbitration, Queen Mary, University of London. The research was led by Professor Loukas Mistelis

and Mr Rutger Metsch and was conducted in two phases: the first quantitative and the second qualitative. Phase one involved a questionnaire of 80 questions which was completed by 763 respondents between March and June 2015. The respondent group included academics, arbitral institutions, arbitrators, expert witnesses, in-house counsel, private practitioners, judges, third party funders, mediators and government officials. Phase two included 105 face-to-face or telephone interviews, ranging in duration from 15 minutes to 2 hours, which were conducted between April and July 2015. Interviewees were drawn from a diverse group based on seniority, gender and experience in international arbitration.

White & Case is a leading global law firm with lawyers in 39 offices in 26 countries. Among the first US-based law firms to establish a truly global presence, we provide counsel and representation in virtually every area of law that affects cross-border business. Our clients value both the breadth of our global footprint and the depth of our US, English and local law capabilities. Our International Arbitration Practice is widely recognised as pre-eminent in its field, with Global Arbitration Review naming it the Number One International Arbitration Practice Worldwide in 2015.

About Queen Mary University of London

Queen Mary University of London (QMUL) is one of the UK’s leading universities, and one of the largest institutions in the University of London, with over 20,000 students from more than 150 countries. A member of the Russell Group, QMUL works across the humanities and social sciences, medicine and dentistry, and science and engineering, with inspirational teaching directly informed by its own research. In the most recent national assessment of the quality of research, QMUL was placed ninth in the UK. The School of International Arbitration at QMUL is widely acknowledged as the world’s leading postgraduate teaching and research centre on international arbitration.