Closer controls needed to combat 'under the radar' UK Mafia

High profile speakers from the police and counterintelligence, financial services and academia, will come together at an event in London this Tuesday to highlight to the new government the potential threat and possible responses to ‘under the radar’ problems associated with organised crime and money laundering in the UK. 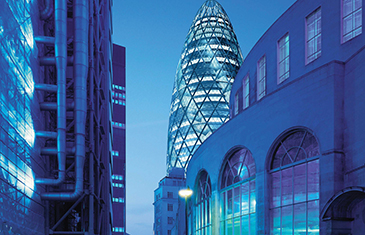 In January, London was described by the Head of the National Crime Agency, Keith Bristow as ‘a global haven for criminal financial activity’ and there is increased evidence that the capital is being used as base for numerous international criminal gangs, from the Italian Mafia to Turkish-Kurdish organised crime groups and extremist Islamic groups.

Researchers and practitioners at the event, organised by the Criminal Justice Centre, School of Law, Queen Mary University of London in cooperation with the Department of Politics, Languages & International Studies, University of Bath, will point towards London’s status as a global capital as a reason for its attractiveness for international groups and highlight how London is being used to channel money fuelling the activities of notorious groups.

The scale of money laundering in the UK is in the region of £23 billion per year. Yet speakers at the event will highlight the hidden costs and impacts linked to money laundering, and point to an increased focus on this as a tactic to tackle organised crime here in the UK.

Event convenor, Dr Felia Allum, University of Bath, who specialises in organised crime in Italy and Europe, said: “Evidence suggests that Italian Mafias, as well as other criminal groups, target London as an ideal location where they can money launder by opening legitimate businesses. But, as this evidence is still fragmented, we need to find out more to know the exact extent and the harm it produces on the UK.”

Whilst the UK has developed tough – and, the event organisers will argue, often effective – policies in a fight against terrorism, organised crime has not always been given high priority.

Co-organiser, Dr Saskia Hufnagel, Lecturer in Criminal Law at Queen Mary University of London, added: “The aim of this workshop is to strengthen the collaboration between academics and practitioners in this field to streamline efforts in the fight against organised crime. Academics should be made aware of the existing problems and gaps in the research that need to be filled in order to be able to effectively assist policy makers and practitioners.”

To find out more about the event see 'Organised Crime in the UK: New Challenges?'