Shazia Choudhry, Reader in Law at Queen Mary University of London, has been appointed Specialist Legal Adviser to the Joint Committee on Human Rights. 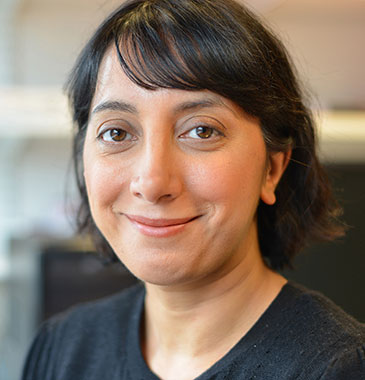 Shazia will have specific responsibility for the Committee’s inquiry into violence against women and girls.

The Committee will focus on the extent to which issues relating to culture, custom, religion or tradition may be used as a justification for any acts of violence against women and girls.

Speaking after her appointment, Shazia said: “It’s an honour and a privilege to apply my legal expertise to such a critical and important issue. I look forward to working with parliamentary colleagues, policy makers and representative bodies to complete this work.”

Shazia has also been appointed as an Academic Fellow of the Honourable Society of the Inner Temple.
The Inner Temple’s Academic Fellows Scheme, which was launched in 2009, aims to recognise the outstanding contribution of legal teaching and research of legal academics. It also aims to support their research and to build a stronger relationship between the Bar, judiciary and legal academia.

The Chief Executive of the Inner Temple, Patrick Maddams, said:

“Debate and discussion is at the very heart of the legal world, both in practice and in academia. We welcome the opportunity to bring together practitioners and academics, whom we recognise for their outstanding contribution to teaching and research, in the law.  Our new Academic Fellows join a community of academic fellows and associate academic fellows from across England and Wales, who play an important role in the education of future legal practitioners.”

Shazia is currently teaching family law at QMUL’s School of Law. Her research interests focus on the interface between family law and human rights. A particular area of interest includes the impact of the Human Rights Act and European Convention on Human Rights (ECHR) on forced marriage, ‘honour’ based violence and domestic violence in general.

Shazia has published two books including her monograph (with Professor Jonathan Herring), ’European Human Rights and Family Law’, which was shortlisted for the Inner Temple Main Book Prize in 2011. She is a qualified solicitor and previously practised family law within the legal aid sector.

The School of Law has as its central focus the role of law and its institutions in contemporary international society and it is divided into two organisational units: the Department of Law and the Centre for Commercial Law Studies (CCLS).

The School of Law at Queen Mary University of London has been ranked 3rd in the UK and 1st in London in the Guardian University Guide 2015 subject league tables.