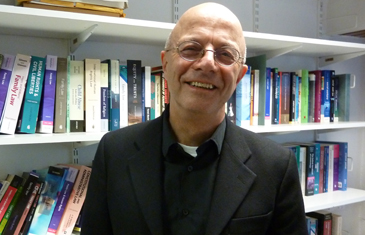 After an eventful month at Queen Mary, Professor Tomlins is interviewed by QMUL PhD student, David Andrew Foster, on the nature of legal historical scholarship and its place in contemporary academia.

[DF] I wonder if you could say a few words about the value of legal history, both in education and legal scholarship more generally. For example, what drew you to the subject and, perhaps, more importantly, what kept you there?

[CT] Well, I came to the subject because, originally, I was a historian and the research that I did for my dissertation involved a very minor entry into the history of American labour law and labour relations policy. And I really did not consider myself a legal historian as a result of that work, but, as I was looking for a job at the end of my time as a graduate student, I found one in Australia teaching legal studies and that brought me fully into socio-legal studies. And, as a historian, I decided to make legal history my main occupation.

Whether legal history has a use… Maitland said it was “a thrilling interest”, but he could not really find a use for it, except in informing people that they had control over their lives. Now I don’t necessarily agree with Maitland’s way of undertaking legal history, but I must say that sense of finding a use for intellectual activity, in giving people control over their own lives, is a very attractive way of formulating it.

I do find legal history has grown enormously in its place in the American academy, over the last 50 years. So it’s clearly of attraction to American intellectuals. Precisely what they’re doing with it, I’m not entirely certain. But they’re using it to inform their students, they’re using it to create perspectives on law and the activity has been very enriching.

[DF] The last time you were at Queen Mary, you attended the IVR Conference, entitled ‘Legal Theory and Legal History: A Neglected Dialogue?’ I wonder if you might comment upon the relationship between legal history and legal theory and whether such cross-fertilization of approaches to legal scholarship can provide novel or innovative additions to the canon?

[CT] Yes, I certainly think cross-fertilization can occur between legal theory and legal history. The particular mode of cross-fertilization that that conference was investigating was the tried and tested method in legal history of placing texts in context. The particular contexts that the sponsors of the conference proposed was to take legal theory, which can often be relatively abstract, relatively universalising, relatively normative, and to propose that historical context, economic, social, political, could, as it were, provide major insights into legal theory that simple exposition of ideas as such would not provide.

I think that there are many ways of doing legal history and not all of those ways embrace the contextualisation of texts as history’s objective and as long as we range broadly in our attitude toward what historical work is, I see every possibility of really exciting work that can unite legal theory and legal history.

History, in my experience, in the Anglophone world can be quite suspicious of theorising, certainly suspicious of philosophy of history as an exercise. I think that’s unfortunate. The kind of cross-fertilisation of legal theory and legal history could be very beneficial to make legal historians a bit more conscious of the theoretical and philosophical possibilities of their work.

[DF] I suppose the determined ahistoricism of jurisprudence, really starting with Hart, is in many ways violent to the relationship between legal theory and legal history. It’s the assumption that a Hartian or Dworkinian approach to legal understanding can be applied in all times and all places, but without any reference to that fact that these societies evolve and change over time. Hart has that section on primary and secondary rules, but it’s hardly a coherent theory of historical development. I wonder, then, is there the possibility that, for as long as legal theorists are so trenchantly ahistorical, historians cannot necessarily adopt their approaches without some serious work?

I hope that that’s true.

[DF] Your article, After Critical Legal History: Scope, Scale and Structure, draws attention to some of the weaknesses in historicist accounts of legal history and legal change. You then proceed to outline an alternative methodology, drawn from the works of Walter Benjamin, all the while maintaining that this methodology, like those that have preceded it, cannot explain every historical phenomenon, nor avoid every critique.

Do you feel that such a plurality of methodologies, both sociological and metaphysical, is the future of legal historical research? If so, what effect might such a pluralisation of approaches have upon the unity of the discipline? If not, I wonder how we, as historians, can, in all good conscience, proceed?

[CT] First of all, I am a believer in a plurality of perspectives. I want to fight intellectually to obtain a hearing for the way I think things can be done and can be done productively. I don’t want to fight to exclude other ways of doing things. One is constantly influenced by other people’s work and one wants to see that work flourish, no matter the perspective it might be advancing.
I think my own attempt is really to try and make explicit the theoretical bases for my ideas in the hope that this will encourage others to do likewise with theirs.

I said, just a couple of minutes ago, I tend to think of the Anglophone historical world as suspicious of theorising and suspicious of philosophising about history and I think that’s regrettable because I think that the exercise can be very enriching.

As to the possibility that this will mean some kind of fragmentation of the field, I think that that’s unlikely. The field is already quite plural. I would imagine that plurality would continue . As I said, plurality is quite sustaining and enriching. So I don’t see any problem of fragmentation.

[DF] Is there a possibility that plurality might disintegrate into simply greater complexity, which is a word you yourself have sought to avoid in your methodology?

[CT] When I think of plurality, I think of ideas competing with each other. My old colleague, John Comaroff  of the American Bar Foundation used to talk of scholarship as a community of argument and I like that formulation because ‘community’ implies a shared task and a shared understanding and the word argument implies, nevertheless, a rigorous, constant examination both of oneself and the field of study that one is engaged upon.

[DF] Finally, in your lecture, Debt, Death and Redemption, you analyse the Confessions of Nat Turner, and, in the process, provide an insightful account of the life and ‘redemption’ of the leader of Turner Rebellion, which counters many of the more traditional, historicist treatments.

Is this part of a larger project? What next for Chris Tomlins?

[CT] It is part of a large project. I am trying to figure out how to write about Turner and the Turner rebellion. At the moment, what I’m doing, and have been doing for the last three years, is writing a series of working papers, trial runs, on different aspects of Turner, the Turner Rebellion, and Slavery in antebellum Virginia, which are designed to explore ideas, explore modes of interpretation and, crudely, to inform me about what I don’t know.

Once I have completed this first phase of writing, then I am going to start designing archival and primary research. Already, I have undertaken very selective archival work, but I’m hoping that by engaging in this series of explorations I can go into archival work on a larger scale and, so, efficiently.

The objective is indeed to write a book.

[DF] Excellent, well, we shall wish you all the best with it.