Researchers at Queen Mary University of London have published a digital archive dedicated to the life and works of Professor Sir Neil MacCormick (1941-2009), one of the twentieth century’s most important jurists. 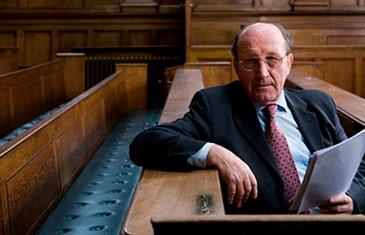 The archive is funded by a Leverhulme research fellowship, and includes very rare audio recordings and video footage of MacCormick’s lectures and interviews. The project is authored and led by Dr Maksymilian Del Mar, Senior Lecturer in Law and Philosophy at Queen Mary University of London.

According to Dr Del Mar, the archive serves as “a valuable educational resource and a historical account of an extraordinary life in public service.”

“MacCormick was an intellectual giant. His contribution to law, politics, and constitutional affairs had a profound and lasting effect on public life in Scotland, the UK and the EU,” said Dr Del Mar.

In addition to MacCormick’s role as a jurist, he had a significant impact on Scottish politics and identity. Described as “the Scottish National Party’s greatest intellectual”, MacCormick was the principal author of the SNP’s Draft Constitution for an Independent Scotland; adopted in 1977, amended in 1991 and officially released in 2002.

He also made a considerable contribution to European politics, having served as a Member of the European Parliament (1999-2004), including as an Alternate Member of the Convention on the Future of Europe (2002-03).

In legal affairs, MacCormick made vital contributions to a wide variety of key topics, including legal reasoning, the relationship between law and power, liberalism and nationalism, and constitutional theory in the United Kingdom and Europe. He did so from the vantage point of the Regius Chair in Public Law and the Law of Nature and Nations at the University of Edinburgh – a post he held for over 36 years.

The archive is presented in chronological order by decade; supported by previously lost or unpublished video and audio material.

According to Dr Del Mar, the interviews and speeches published on the archive “remain deeply and immediately relevant to many of the UK’s most current and pressing constitutional issues.”

“The archive includes a recording of a lecture delivered in Dublin by MacCormick in 1999, entitled ‘Stands Scotland Where She Did? New Unions for Old in these Islands’. The ideas set out in such lectures were to the fore very recently, as part of the 2014 Scottish Independence campaign. Few were more closely associated with the intellectual journey undertaken by the SNP, and these speeches, lectures and recordings are a testament to MacCormick’s lasting impact and influence on Scottish Nationalism,” said Del Mar.

The Neil MacCormick biography website is part of a project funded by a Leverhulme Research Fellowship (2013-14) awarded to Dr Maksymilian Del Mar, School of Law, Queen Mary University of London. The principal outcome of the Fellowship is the publication of a monograph, Neil MacCormick: A Democratic Intellect, for the Jurists: Profiles in Legal Theory series at Stanford University Press. The book is expected in 2015/6.

Dr Maksymilian (Maks) Del Mar is Senior Lecturer in Law and Philosophy at Queen Mary University of London. Dr Del Mar first met Neil MacCormick when MacCormick gave the Inaugural Lecture of the Australian Legal Philosophy Students Association in 2004, of which Dr Del Mar was the Founding President in 2004-06. In large part as a result of that visit, Dr Del Mar pursued a PhD in legal theory at the School of Law, University of Edinburgh (2006-09) under the joint supervision of Neil MacCormick and Zenon Bankowski.