Online dispute resolution (ODR) offers an invaluable means of access to justice for consumers who have a dispute with a business, but are deterred by the costs and barriers involved from going to court. 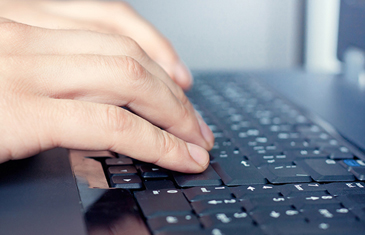 EU legislation exists on ODR – the ADR Directive 2013/11/EU and the ODR Regulation 524/2013/EU – and the government’s consultation period on implementation expired on 3 June. It is likely we will now see the establishment of a residual ODR system open for all consumer disputes in the UK.

ODR is cheaper, quicker and more effective than court disputes, empowering consumers to pursue their legal rights. This clearly benefits customers, but does it also benefit businesses? Businesses have registered concern about the cost of ODR, but there is more to the debate. Could ODR help businesses retain customers and gain their confidence?

The consumer has traditionally been regarded as the weaker party in a business-to-consumer transaction. This may still be true where consumers do not negotiate terms and conditions, and are forced to pre-pay the purchase price before delivery. However, in some crucial respects the internet and social media have reversed the power imbalance.

A customer tweeting a complaint or leaving negative feedback on a platform may cause significant damage to a business. Businesses may be faced with payment reversal through a credit card chargeback in response to a dispute that may be better solved by ODR.

Studies indicate that customers are more loyal to a business after a dispute has been informally resolved by ODR. This remains the case if the customer did not obtain what they initially claimed, and when compared with scenarios where money is simply refunded on return of goods. Moreover, engaging customers early when they have a complaint helps to prevent escalation of the problem.

Through the use of highly automated knowledge management systems, ODR has the potential to provide customers and businesses with specialist legal information targeted to their particular dispute without human involvement and at low or zero marginal cost.

EU legislation imposes an obligation on the government to ensure ODR is available for all disputes. However, it does not make it compulsory for businesses to participate; businesses must link to an ODR platform and tell complainants about any ODR options available.

The object is to pressure businesses into using ODR, but it would be better if businesses were obliged to tell consumers at the outset of a transaction whether they employ the method. This would need to be indicated through the use of a logo. Putting it in the terms and conditions is a waste of time, given that no one reads them. In the long run, consumers will be smart enough to look for this logo.

ODR will only be successful if businesses adopt it as the next step where a customer complaint cannot be easily solved in-house. In an increasingly cross-border market facilitated by the internet, where many disputes cannot be solved in any other way, the potential benefits are easily illustrated.

Take for example the games market. The developer, online retailer and consumer may be located in three different jurisdictions. And it may not be clear from the dispute whether: there is a bug in the software (developer’s fault); the game was marketed for the wrong platform (the retailer’s fault); or the consumer has a virus on his machine which stops the software from working (the consumer’s fault).

National courts are not effective for this type of dispute. A truly international ODR system is required. We need to start building such a system in the UK. Sometimes it is necessary to spend money in the short-term to save money in the long-term – this is called investment.

Professor of Internet Law Julia Hörnle is based at Queen Mary University of London's Centre for Commercial Law Studies (CCLS), within the School of Law.

This article was first published in the Law Society Gazette following a panel debate on 'consumers, online disputes and the business case for ODR', hosted by CCLS and Youstice on 4 June 2014.