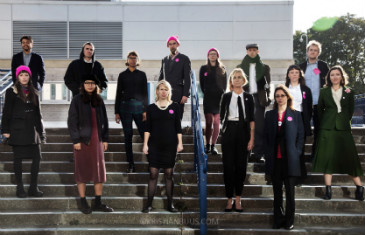 On the 28th March 2018, 15 activists ( the 'Stansted 15') locked themselves to a Boeing 767. The plane had been secretly chartered by the UK Home Office to deport 60 vulnerable migrants to Nigeria, Ghana and elsewhere, as part of the government's controversial Hostile Environment policy.

623 days later, the activists were charged and convicted of terror offences.

The International State Crime Initiative hosts this event to bring together two members of the Stansted 15, their legal counsel and experts on policing and protest to examine political resistance to the UK’s deportation charter flights regime.

The panel will also locate the UK’s ‘deport now, appeal later policy’ within the context of state crime as well as discuss the the value of direct action and what the consequences of this recent judgment may mean for the future of political dissent.

**A limited number of free tickets for individuals facing financial difficulty are available. If you would like to request one of these, please e-mail lawevents@qmul.ac.uk.

Ali Tamlit is part of the Stansted 15, a member of end deportations and plane stupid. He has been involved in actions against Heathrow expansion, which he sees as connected struggles to migrant justice. He is also facilitator working with activist groups and students.

Helen Brewer is a spatial artist and activist. She campaigns with End Deportations and is one of the so called Stansted 15. Brewer’s spatial practise is concerned with the understanding of the production of space as an inherently contested social and political process. Her current research maps spatial violence within the infrastructures of Britain's border regime.

Raj Chada is a leading criminal solicitor and advocate who specialises in human rights and protest work. He acted for all 15 defendants in the Stansted case. He previously represented the Heathrow 13, a climate change protest, and activists from a range of campaigns such as Stop DSEi Arms Fair, Black Lives Matter and Occupy.

Gracie Mae Bradley is a writer and campaigner interested in critical human rights, state racism and data/surveillance. She is Policy and Campaigns Manager for Liberty where she leads opposition to the ‘hostile environment’, as well as work on policing and counter-terror. She is involved with grassroots migration struggles, including the Against Borders for Children campaign.

Dr Joanna Gilmore is a Lecturer in Law at the University of York researching public order policing, human rights and community-based responses to police misconduct. She is a founding member of the Northern Police Monitoring Project and is currently collaborating in a national study of the policing of the anti-fracking movement.