2017 - 'Honor, Citizenship and the Law' by Professor Anthony Appiah

This lecture was entitled: "Honor, Citizenship and the Law".

The lecture was chaired by Professor Phoebe Okowa (Queen Mary). 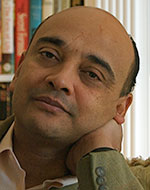 Professor Kwame Anthony Appiah is one of America’s foremost public intellectuals. He specialises in moral and political philosophy and has also written several novels. He holds joint appointments in the Schools of Law and Philosophy at New York University to which he moved after more than a decade at Princeton where he had been the Laurance S. Rockefeller University Professor of Philosophy. Prior to this, he had been a professor at Harvard for more than a decade. He has published widely in African and African-American literary and cultural studies on race, identity, Afrocentricsm, history, colonialism and morality. His award-winning book In my Father’s House explored the role of African and African American intellectuals in shaping contemporary African cultural life. His many books have been translated into numerous languages including Arabic, Chinese, Dutch, French, German, Hebrew, Indonesian, Italian, Korean, Portuguese, Romanian and Spanish. Professor Appiah was named as one of the top 100 global thinkers by Foreign Policy and listed in the top 100 Global Thought Leaders Index by the The World Post. He has received honorary degrees from a wide range of universities. He was elected a fellow of the American Academy of Arts and Sciences in 1995 and is now a member of the board of directors. In 2012, he was awarded the National Humanities Medal by President Barack Obama and in 2016 he received the Spinozalens Prize from the Spinoza Foundation, a biennial prize given to renowned scientists, philosophers and writers who have made their mark in researching society’s ethical principles. Professor Appiah gave the 2016 BBC Reith Lectures which explored the sources of confusion in four identities: Creed , Country, Colour, and Culture.