At Fairtrade, I worked on a wide range of issues (fairer prices for banana farmers; public-private partnerships; gender equality in agricultural supply chains; Sustainable Development Goals; modern slavery; post-Brexit trade policy…). After almost four years, I decided that I wanted to see if I could make an impact on people’s lives from inside a large company so I moved to Coca-Cola European Partners (CCEP). 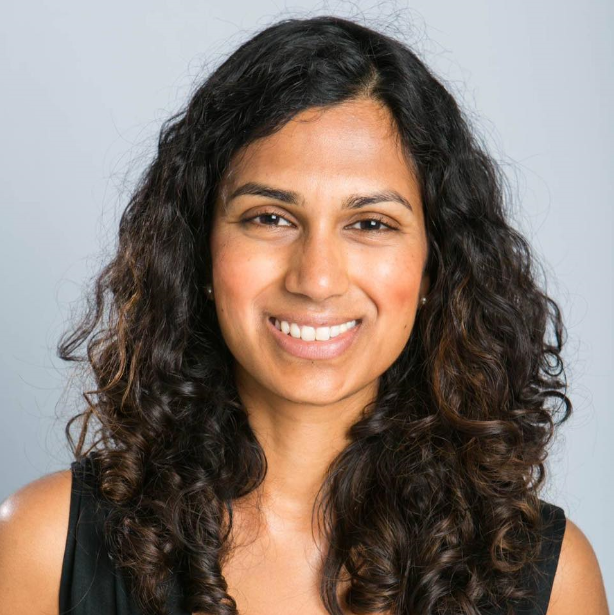 What did you study at Queen Mary and what are you doing now? I studied LLB English & European Law.

My current role is Senior Public Affairs & Sustainability Manager at Coca-Cola European Partners (CCEP). CCEP is the bottler for The Coca-Cola Company in Western Europe. I have a role which is split between two functions. On the public affairs side, I monitor and analyse EU public policy issues relevant to CCEP and develop strategies to mitigate any related risks to the business. This may involve lobbying policy makers directly or working through trade associations and other coalitions to influence new EU policies as they are being made.

On the sustainability side, I lead on responsible sourcing which includes sustainable agriculture (making sure that our ingredients are grown with respect for the environment and supporting farmer livelihoods), human rights and sustainable procurement. My job is to ensure that other departments in the business are acting in a way that supports our sustainability strategy and the commitments we have made.

Why did you choose to study English and European Law at Queen Mary? I knew that I wanted to go to university in London, and Queen Mary’s (then QMW) law school had a great reputation and being close to the history of the legal system like the Inns of Court and the Royal Courts of Justice was another draw. I loved studying languages at school and had studied French to A-Level. I also knew that I wanted to travel and QMW offered the 4-year English and European Law course which gave me the opportunity to study at the prestigious Paris II University for a year. I was able to learn about another legal system but also experience life in yet another one of the most amazing cities in the world.

Can you describe your path since you graduated in 2003, up until your current role? Can you also touch on your role as Policy Manager at the Fairtrade Foundation? After graduating from Queen Mary, I then went to the College of Europe in Bruges to do an LLM in European Community Law. A few months after graduating from the College, I moved to Brussels in Autumn 2004 to take up an internship with a public health NGO. After a few months, I was promoted to European Project Manager. At the end of the contract, I went on to work as a Policy Officer at the European Public Health Alliance, an umbrella organisation representing the interests of public health NGOs to the EU institutions. A few months into my contract, I secured a traineeship in the Secretariat General of the European Commission in the spring of 2006.

I was eventually hired as a Project Officer at Impactt, an ethical trade consultancy and was soon promoted to Project Manager. After Impactt, I again worked freelance and also did some pro-bono work for the Sustainable Restaurant Association for some time before securing the role of Senior Policy Manager at the Fairtrade Foundation in 2013.

When we had Fairtrade farmers visiting, I would accompany them as they toured the country talking about Fairtrade to schools and community groups – often acting as an interpreter (Spanish to English) and a couple of times we took them to the Houses of Parliament so MPs could hear first-hand why UK trade and development policies were so important to these individuals. I also liaised with the Fair Trade Advocacy Office in Brussels, supporting European-wide advocacy efforts including meetings with MEPs and speaking at the European Development Days (hosted by the European Commission).

Additionally, I worked closely with businesses (retailers, brands) who supply Fairtrade products to the UK market, and helped to identify ways in which they could do more in-depth work in their supply chains to support farmers and workers in developing countries. For three years, I was the staff representative on the Certification Committee (a sub-committee of the Board) where we would look at Fairtrade’s strategy for certification and consider questions and applications from businesses who were finding challenges with certification in their supply chains.

After almost four years at Fairtrade, I decided that I wanted to see if I could make an impact on people’s lives from inside a large company so I moved to Coca-Cola European Partners (CCEP). I started out as a Senior Public Affairs Manager in the GB Business Unit, but during this time I also effectively worked as an “in-house consultant” to both CCEP and The Coca-Cola Company on sustainable agriculture and Fairtrade certification – the latter was particularly relevant to a new product that was being certified as Fairtrade at the time. After about 18 months, I moved to the Corporate team to cover public affairs and sustainability across Western Europe.

What acted as the catalyst for your career in sustainability? I have always believed in fairness and social justice. My father (now retired) was a GP and my mum has successfully run a charity for 20 years which seeks to address health, social exclusion and related issues in BME communities, so equality and helping others are very much in my blood.

The catalyst however was without a doubt my traineeship at the European Commission in 2006 where I worked on the EU’s sustainable development strategy. The goal of bringing EU citizens, businesses and governments together to build a fairer, prosperous and more cohesive society living within environmental limits resonated strongly with me.

For me, sustainable development just makes sense. I believe we should always be looking for a “win-win-win” to maximise the benefits for society, the environment and the economy.

Why did you choose to study at Queen Mary? At the time, Queen Mary was one of the few universities offering a law degree covering both UK and EU law with the opportunity to study abroad. I knew I wanted to study in London and I was also impressed by the calibre of the teaching staff in the Law Department and the range of different classes that could be taken in the second and final years such as Constitutional Law of the USA and Law & Medical Ethics.

I think Queen Mary is unique as the law degree focused on teaching a really critical way of thinking, rather than just learning for the sake of it. The degree was demanding and rigorous, which sets you up well for the real world.

I understand that you participated in the ERASMUS programme in Paris for a year of your studies. How did you find the experience of studying abroad? My year in Paris was undoubtedly the best year of my degree! I met so many people from all over the world as I lived on a residential campus for international students at the Collège Franco-Britannique, and of course made some incredible friends.

The shift from studying in a common law system to a country which follows a civil code was quite challenging, and the critical thinking and reasoned arguing which I had learned in the first two years of my degree was not really welcomed so much in the classes at the university in Paris. However, slowly but surely, I learned a new way of approaching essays and exams, and of course by the end of the year both my spoken and written French had improved tremendously.

I also was part of a prestigious international choir, and had the opportunity to perform in a concert at the Sorbonne – our repertoire included Beethoven’s 9th Symphony (Ode to Joy) and it was an experience I will remember for the rest of my life.

How did your time and study at Queen Mary help your career and development? Both the challenge of spending a year abroad and the demanding nature of the law degree really helped me to develop resilience and tenacity. In particular, as I studied English & European Law, the focus on EU law helped me to secure a scholarship at the College of Europe where I completed my LLM in EU law. The College of Europe is THE training ground for those who want to work at the EU institutions. To this day, in my current role at CCEP, I am still working with EU policy and institutions.

Is there any advice you would give to current students or recent graduates considering their career options? Keep an open mind. Be prepared for your career to take unusual twists and turns, but embrace this rather than seeing this as a setback. The more diverse your skills and experience, the more appealing you will be to an employer. Take the initiative, and don’t expect to be spoon-fed when you are starting out in the work place. Always take a proactive approach, presenting solutions not just issues or problems – both in an interview and when you finally get the job!

Why is it exciting to do what you do? The scale of the operations of a company like CCEP, means that the decisions I am influencing can have a huge impact. Most of my career has been spent advising businesses from the outside-in, and now I have the chance to influence from the inside.

As my company operates in Western Europe, my colleagues are spread across several countries, and I regularly connect with them either in person (before Covid-19) or virtually. The international dimension of my work is exciting and I love looking at trends and stakeholder expectations, and translating those into business strategy. I am passionate about creating fairer supply chains, and being at CCEP means I get to work on this in a very hands-on way.

What was so special about your time at Queen Mary? My year in Paris was definitely the most memorable year, and I am so grateful to have had the opportunity to study there. Other moments that really stand out are the first year Law ball in Covent Garden and probably every single class of Prof. Heinze’s Constitutional Law of the US module!

Do you have a favourite spot on campus? Back in the day, there used to be a café in the Octagon and you could have paninis there. I loved the combination of smelling melted cheese whilst sitting in this incredible space with so much history and so many books!

I have read elsewhere that you have an interest in the performing arts, is this something that you pursue outside of your day job? I’ve always loved acting, singing and dancing as it taps into the creative brain and is a great way to relax, have fun and transport yourself into another world. In recent years, I’ve taken part in a production with the The Old Vic Community Company where I was singing in the choir, acted in a promenade performance with Waste Not Theatre, and completed my Estill Level 2 Voice Training Course.