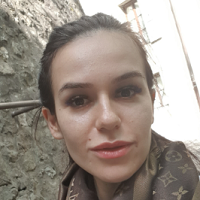 Ioana joined Queen Mary in 2015. She completed her PhD in the area of comparative political economy, the title of her thesis is A Study of Institutional Change within the Romanian National Political Economy with a Focus on Elites, International Forces and Labour. Ioana specialises in political economy, historical institutionalism, institutional development in post-Socialist regimes and elite dynamics. She has worked as a Teaching Associate at Queen Mary since 2016, during which time she taught an extensive array of modules including: Multinationals and Global Business (Masters), Entrepreneurship in Computer Science (Year 3/4), Social and Political Marketing (Year 3), Firm Governance, Strategy and Institutions (Year 3), Advertising (Year 2), Corporations and Social Responsibility (Year 2).

Currently, she is embarking on a Postdoctoral research project concerned with the dynamics of international mobility of workers after the Covid-19 crisis from Queen Mary University of London, School of Law and Wilfrid Laurier University, School of International Policy and Governance.

Recognised shortcomings of the comparative political economy literature are its relatively static analysis and general bypassing of context-specific explanatory variables. The last 20 years of changes in the structural configuration of national varieties of capitalism have made it increasingly apparent that the comparative political economy literature has conceptual problems in relation to its ability to account for institutional change.

My study seeks to provide an explanation for institutional change in Romania, by challenging and stepping away from the traditional elements of change of the comparative political economy literature. I revisit the question of the institutional transformation of a post-Socialist Central Eastern European (CEE) state, making the case for a more dynamic, relational, historically-based, context-specific and agent-driven analysis of institutional change. Drawing on five overarching literatures – varieties of capitalism, Polanyian varieties, economic geography, historical institutionalism and class analysis of elites – my thesis hypothesises the existence of elites, international forces and labour as the principal drivers of institutional change in Romania. In order to examine the unfolding of my approach to the study of institutional change, I designed a longitudinal comparative case study based on the examination of three Romanian sectors with distinct configurations in terms of their historical legacies, spatial and temporal vectors, and structure and composition. The three sectoral economies analysed in my thesis are 1) coal mining – an inward-oriented industrial branch representative of the Socialist regime, 2) auto – an industrial branch established in the Socialist regime with continuity in the newly-established capitalist variety through foreign direct investment, and 3) business services – an industrial branch created in the early 2000s through the inflow of foreign direct investment.

The motivation behind implementing a case study was to generate an in-depth and extensive understanding regarding the processes of institutional formation and institutional change in the context of CEE through the utilisation of the Romanian national variety. I used a combination of 38 in-depth semi-structured interviews, archival research and newspaper articles and technical reports.

My findings establish that the dominant elites have captured the Romanian state and its institutional configuration, and in the process, influenced institutional change across the different sectoral economies. My evidence shows that the dominant elites do not exist in a vacuum; instead, these social agents are situated within the institutional setting alongside other categories of actors with diverging roles and positionalities. International forces act as a force of change with which the domestic elites engage and interact triggering institutional change and transformation across the different spatial scales of the national political economy. More precisely, the presence of FDI produced variations in regional restructuring, driving path destruction (de-industrialisation and de-skilling) in coal mining, path re-construction (industrial upgrading and re-organisation) in auto and path creation in business services within the wider Romanian national variety of capitalism over time. The labour class can also act as a force of change with which the dominant elites engage and interact within the institutional context. However, the picture of labour is institutionally variegated across the different spatial scales of the political economy, with some sectors such as coal mining and auto exhibiting a strong and coordinated labour model, whereas other sectors such as business services are characterised by a deregulated labour market model typical of liberal market varieties. Thus, labour can be driver of institutional change, although not as powerful as elites and international forces.

My findings extend the emergent theory on the CEE region, as well as refine and add on to the existing body of knowledge regarding the Romanian national variety since its institutional framework is distinct and does not fully replicate the institutional configuration of the other CEE political economies. Furthermore, my findings recognise the importance of breaking the institutional structure into different spatial scales, as this allows us to zoom in on the different spatial configurations – the micro, meso, macro and international – at certain moments in time. At the same time, by conceptualising the institutional setting relationally, we can monitor and assess the different types of exchanges between the existing spatial scales and consequently, measure how they influence institutional change across the various dimensions of the national political economy.