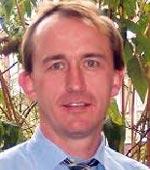 Nick Croft is an academic paediatric gastroenterologist with a particular interest in inflammatory bowel disease and paediatric endoscopy. After his undergraduate degree in London he moved to Scotland to train as a paediatrician and started his interest in Paediatric Gastroenterology while undertaking his PhD in an adult gastroenterology unit in Edinburgh, moving to Barts and the London School of Medicine and the Royal London Children’s Hospital in 1998.

His research interests are patient based studies (including both industry and non-industry) of which he has held multiple Chief and Principal Investigator roles. He is currently UK PI for one work package of PIBD SET Quality (H2020 funded) and is leading EMERGENCi, - a national prospective study of endoscopy in paediatrics.

He is an active member of the ESPGHAN-Porto PIBD Working group and represents European Society of Paediatric Gastroenterology and Hepatology within the European Medicines Agency. He is the Paed GI lead in Connecting4Children an international children’s trials network.

A significant part of his academic role is in post-graduate education as the course director of the MSc in Gastroenterology (where he introduced distance learning), in 2019 he stepped down after 6 years as the Deputy Dean for Post Graduate Taught Studies in the School of Medicine and Dentistry.

After starting his clinical training as a paediatrician in Edinburgh and Glasgow he entered the speciality of paediatric gastroenterology whilst working for his PhD in the field mucosal immunology (awarded 1997) in the GI Unit at Edinburgh University (with the late Professor Anne Ferguson). Since his appointment in 1998, his work has largely been in leading, and supporting, clinical and translational research in the field of paediatric gastroenterology, in addition to his teaching roles as the course organizer for the MSc in Gastroenterology and member of the undergraduate paediatric teaching programme. The MSc supports research both via projects run within the course and by attracting quality students to study for higher degrees.

He is a recently appointed (2006) co-director of the London SENCE Medicines for Children Local Research Network, which has been funded to support the development and running of randomized controlled trials of treatments in children, and increase the evidence base for treatments.

Recent past roles included President of the British Society of Paediatric Gastroenterology, Hepatology and Nutrition and Medical Director (Honorary) of the UK charity CICRA (Crohn’s in Children Research Association).

The longest established course of its kind available to both on site and distance learning students and aimed at high quality students aiming to be leading gastroenterologists/hepatologists.

Current main research focus is on epidemiological study of paediatric  inflammatory bowel disease in children in which he is co-lead of a Horizon 2020 funded international collaboration (part of PIBD SET Quality) examining rare and severe complications of PIBD across the world.

He is also leading studies of the quality and outcomes of paediatric endoscopy including EMERGENCi a national study of emergency endoscopies in children.

With laboratory based colleagues Nick also collaborates in a number of basic science studies including genetics and immunological responses in Paediatric IBD.