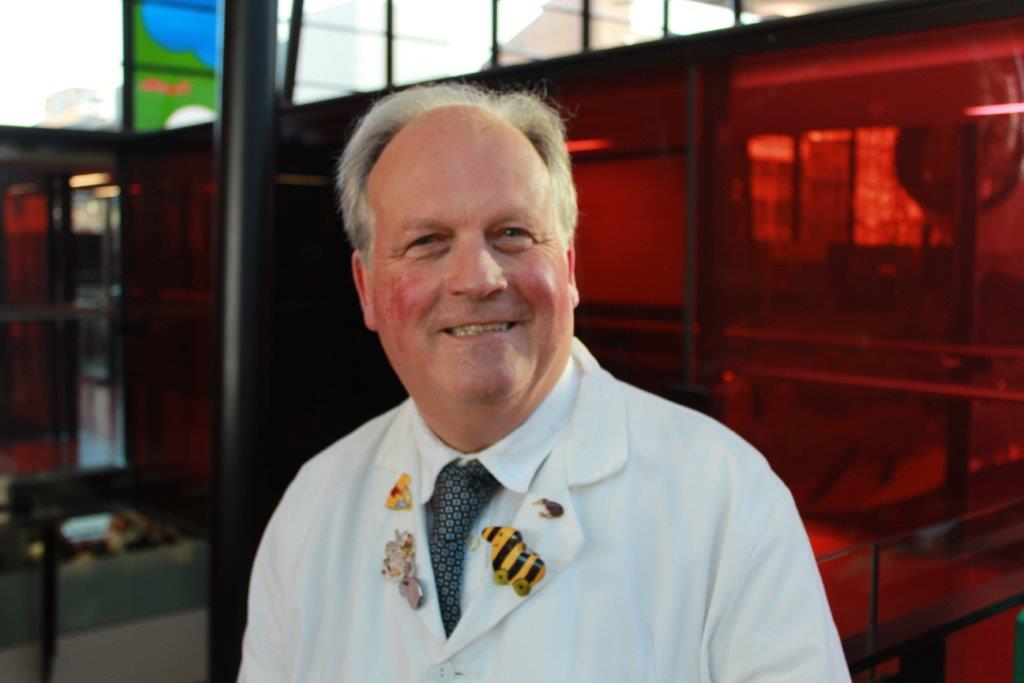 Ian Sanderson first became interested in the intestine as a graduate student under Dr Dennis Parsons in Oxford where he examined the exit of absorbed amino acids from the enterocyte. After finishing his medical studies he worked as a house officer to Dr Anthony Dawson and trained as a paediatrician at the Hospitals for Sick Children, Great Ormond Street. He was the CICRA Clinical Research Fellow at St Bartholomew's Hospital with Dr John Walker-Smith where he demonstrated that an elemental diet was as effective as high dose steroids in children with Crohn's disease. He also showed that those taking the enteral feeds grew faster. After completing his training as a paediatrician and paediatric gastroenterologist, Professor Sanderson moved to Harvard Medical School as a Fulbright Scholar in Dr Allan Walker's department. He became Assistant Professor of Pediatrics and Director of the Developmental Gastroenterology Laboratory at the Harvard Clinical Nutrition Research Centre. He developed the concept that luminal factors regulate genes in the epithelium that signal to the mucosal immune system. By this means, changes in diet can act through enterocytes altering inflammatory mechanisms in the intestine. Professor Sanderson was awarded the Crohn's and Colitis Foundation of American Silver Jubilee award for his work in childhood Crohn's disease and the Norman Kretchmer Award in Nutrition and Development for his work on the affect of diet on genes in the developing intestine. His current laboratory in London examines how dietary factors act on genes in the epithelium both through promoter-based mechanisms and through changes in chromosomal structure.

Professor Sanderson was the first to show: (i) that the enterocyte has distinct transporters on the basolateral aspect for the exit of different amino acids (published 1980); (ii) that enteral feeds are as efficacious in treating children with Crohn's disease as high dose steroids, while showing a significant benefit for growth (1987); (iii) that diet can regulate immune gene expression by the epithelium in vivo (1993); (iv) that short chain fatty acids (SCFA) regulate chemokine and IGF binding protein expression in enterocytes through histone acetylation (1997); (v) that breast milk contains VEGF in high concentrations, and that there is a VEGF receptor on the intestinal epithelial cell (1999); (vi) by epithelial cell-specific transgenic techniques, that chemokine expression by the epithelium orchestrates neutrophil and lymphocyte invasion in vivo (2001); (vii) that diet and age interact at the nuclear protein level to regulate gene expression (2004); (viii) that IL-6 mediates growth retardation in Crohn's disease (2005); (ix) that myofibroblasts enhance chemokine activity of the epithelial cell (2006). As a clinician he has also published many observations, including being the first to describe four new diseases of childhood, two of which involve inflammation in the GI tract.