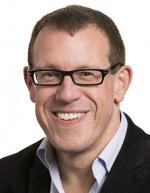 Andrew Prendergast graduated from Cambridge and Imperial College, and undertook his paediatric training in London, specialising in paediatric infectious diseases and immunology.  After undertaking a DPhil in Oxford, investigating immunological and clinical aspects of paediatric HIV infection, he was an Academic Clinical Lecturer in the Department of Paediatrics, University of Oxford, where he continued research into paediatric HIV infection in Oxford and South Africa, and work on HIV clinical trials in sub-Saharan Africa through the MRC Clinical Trials Unit at UCL.  He was subsequently awarded a Wellcome Trust Intermediate Clinical Fellowship and appointed as Senior Lecturer in Paediatric Infection and Immunity at Queen Mary, University of London. In 2016, he became a Wellcome Trust Senior Clinical Fellow and he now divides his time between London, where he is based at the Blizard Institute, and Zimbabwe.

Our group focuses on child health in developing countries, and particularly on the links between infection, immunity and malnutrition in settings of high HIV prevalence.

Our research focuses predominantly on the interactions between infection, immunity and malnutrition, particularly in the context of HIV infection.  Undernutrition contributes to 45% of child deaths in developing countries, yet we do not fully understand the pathophysiology of malnutrition, or the best interventions for prevention and treatment. Stunting is the most prevalent form of undernutrition, affecting 165 million children under 5 years of age globally, and there are ambitious targets to reduce prevalence by 40% between 2010 and 2025. However, due to population growth, the absolute number of stunted children in sub-Saharan Africa is likely to increase and we lack understanding of the most tractable pathways to target for prevention. Severe acute malnutrition (wasting) affects an estimated 52 million children under 5 years of age and has particularly high mortality in the context of HIV infection. The pathophysiology of severe acute malnutrition in HIV-infected children is not well understood but urgent new interventions are needed to reduce the 30% mortality associated with this condition.

We are interested in better defining pathways that can be targeted, and evaluating interventions to reduce malnutrition. In particular, we are investigating the role of enteropathy in undernutrition. Children in developing countries almost universally have a condition called environmental enteric dysfunction (EED), which is characterized by reduced absorptive capacity, mucosal inflammation and increased intestinal permeability.  Passage of normally innocuous gut organisms into the systemic circulation causes chronic inflammation, which leads to impaired growth. We are trying to better define markers of EED, investigate the effects of enteropathy on oral vaccine responses, and characterise immune function in children with malnutrition.

In Zimbabwe, we are undertaking a cluster-randomized trial of improved infant feeding and/or improved water, sanitation and hygiene (WASH) among 5200 infants in two rural districts, to reduce EED and improve growth and anaemia in early life (SHINE; https://clinicaltrials.gov/ct2/show/NCT01824940).  We are characterising in detail the biomedical pathway linking WASH and impaired growth and development in infancy.  In linked substudies we are evaluating the role of the microbiota in malnutrition; the impact of maternal infection and inflammation on adverse birth outcomes; the role of mycotoxins in enteropathy and stunting; and the impact of these interventions in HIV-exposed infants.

In Zimbabwe and Zambia (with Professor Paul Kelly, Centre for Immunobiology) we are undertaking the Health Outcomes, Pathogenesis and Epidemiology of Severe Acute Malnutrition (HOPE-SAM) study, investigating the role of enteropathy in children with HIV and severe acute malnutrition, and conducting long-term follow-up of a cohort of children following nutritional rehabilitation to characterise long-term outcomes and immune function.

We also collaborate on large, pragmatic HIV trials in Africa through the MRC Clinical Trials Unit at UCL, including the ARROW trial (www.arrowtrial.org), which evaluated HIV monitoring strategies in 1200 children starting antiretroviral therapy (ART) in Uganda and Zimbabwe, and REALITY (https://clinicaltrials.gov/ct2/show/NCT01825031), a randomised trial of nutritional and antimicrobial interventions to reduce the high early mortality among HIV-infected children and adults starting ART. Both of these trials have ongoing immunology substudies to define the predictors of mortality and the pathways that can be targeted to improve outcomes.

Our group has a particular interest in cotrimoxazole, which we have shown reduces morbidity and mortality (Bwakura-Dangarembizi, N Engl J Med 2014) and improves growth and anaemia (Prendergast, Clin Infect Dis 2011) in HIV-infected children. We are characterising the immunomodulatory properties of cotrimoxazole in the lab, which we believe may have broader benefits for prevention of prematurity, intrauterine growth restriction and malnutrition in sub-Saharan Africa. A field trial of cotrimoxazole for pregnant women and infants will begin in 2017 to evaluate its public health benefits for healthy birth and growth.

In parallel laboratory work, we are investigating the causes and consequences of chronic inflammation in HIV-infected children, focusing particularly on the role of co-infections (such as CMV and EBV), malnutrition and microbial translocation; and the immunology of HIV-exposed uninfected (HEU) infants, who have increased morbidity and mortality and poorer growth than HIV-unexposed infants.

Claire Bourke holds a BSc in Biological Sciences with Honours in Immunology from the University of Edinburgh. Her PhD research focused on the immunoepidemiology of human urogenital schistosomiasis in Zimbabwe. Her first postdoctoral post at the University of York addressed early innate immune responses to cutaneous schistosome infection in a murine model, validating paradigms from these models using samples from human infections in Senegal. Her current work at the Blizard Institute explores cellular immune function in human malnutrition and chronic inflammation, combining functional assays of healthy donors in the UK, HIV-infected participants at the Royal London Hospital and malnourished populations in sub-Saharan Africa.

My primary research interests are in gut structure and function and how they might impact on the health and immune function of children in low-income countries. I am currently based in Harare, Zimbabwe as part of my PhD fellowship where I intend to gain a more in-depth understanding of why oral vaccines are less effective when given to children in developing countries. I am exploring associations between intestinal factors (such as enteropathogen carriage) and oral vaccine immunogenicity. I will also be capitalising on the SHINE trial in Zimbabwe to explore the impact of a water, sanitation & hygiene intervention on oral vaccine immunogenicity.

I am an Academic Clinical Fellow at the Blizard Institute, and divide my time between clinical paediatric training in London and research in Zimbabwe. I am interested in characterising the causes of infection susceptibility in children in developing countries, with a view to improving child health through targeted interventions. I am particularly interested in the relationship between the immune systems of mothers and their children, especially in the context of maternal HIV infection. My current research focuses on characterising the immunology of HIV-exposed uninfected infants, who have more infectious morbidity and poorer growth than HIV-unexposed infants.

Joe Piper studies the interactions between malnutrition, infection, growth and development. He is currently performing a sub-study examining body composition within the SHINE trial in Zimbabwe using bio-impedance, skinfold thicknesses and knee-heel length measurements. He is performing a Cochrane review on the effects of water, sanitation and hygiene on child development and also examining the effect of head circumference on recovery from malnutrition in Kenya. He is a paediatrics trainee, and is based in London whilst also working in Zimbabwe and Kenya.

I am an academic clinical fellow in Paediatrics, undertaking my 9-month research project at the Blizard Institute. For this I am setting up a new case-control study at the Royal London Hospital looking at monocyte and innate immune system changes seen in young children admitted to hospital with an infection, and assessing whether this correlates with any change in gut permeability. I have previously undertaken the academic foundation programme looking at neutrophil changes and neutrophil-platelet interactions in patients with cirrhosis, at Kings College London.

Dr. Ruairi Robertson obtained a B.Sc in Human Nutrition from University College Dublin, Ireland, during which time he spent a year as a research student in the Human Nutrition Research Centre on Ageing in Tufts University Medical School in Boston. He subsequently conducted a Ph.D in University College Cork within APC Microbiome Ireland studying the interaction between maternal and early-life dietary lipids, the developing microbiome and metabolic health outcomes. During this time he was awarded a Fulbright Scholarship to conduct part of his PhD research in Harvard University Medical School and Massachusetts General Hospital. In 2017 he was awarded a 4-year Sir Henry Wellcome Postdoctoral Fellowship from the Wellcome Trust to conduct research within the Centre for Genomics and Child Health in the Blizard Institute, Queen Mary University of London. He is conducting part of this research Fellowship in University of British Columbia as a visiting Postdoctoral Research Fellow (2018/2019).