For World Refugee Day, we conducted a special interview with alumnus Andrew Popperwell (Physics BSc, 1974), whose late mother Beate Popperwell (nee Wiznitzer, 1924-2001), fled Vienna as a refugee and arrived in London at the very end of 1938. 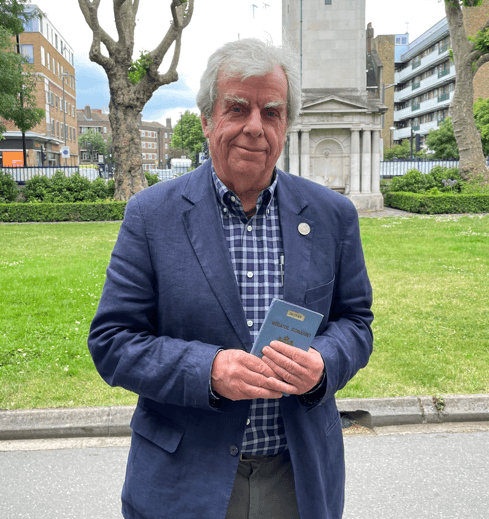 Why did you choose to study BSc Physics at Queen Mary?

I was the odd one out in my family. They were all classical musicians, whereas I liked tinkering with things and enjoyed all things science. I was introduced to Queen Mary through a family friend, who later became Head of Department here, Professor John Bastin. He gave me a tour of campus, including the tiny sample of moon dust that Queen Mary had been given by NASA. The vial of dark grey dust was just magical. Originally, I studied Physics with Computer Science but then I transitioned to mainstream Physics.

I loved the practical nature of my degree. I remember one experiment in which we had to determine the temperature of the sun with ice water and a copper disk painted black. I was not the strongest of physics students, but one highlight was being able to take a course unit in World History since the End of the Nineteenth Century. I absolutely loved it. My tutor for this course, Dr Freda Harcourt, was pivotal to my Queen Mary journey. She taught me how to write a good essay and ultimately helped me achieve my 2:2.

Tell me a bit about student life. Were you involved in any sports or societies?

Studying during the 70s was very exciting, there was so much to see and do and so many interesting people to meet. The first thing I got into was Queen Mary’s Mountaineering Club and it was here that I made lifelong friendships. The one constant throughout my student journey was my involvement in the Music Society, which was run by the University’s Registrar, Colonel Robert Tong, and the Light Opera Society. The People’s Palace has a proper orchestra pit, so it was a joy to put on Gilbert and Sullivan and Offenbach to name a couple. In my final year we put on The Beggar’s Opera which was great fun, and a performance of Lock Up Your Daughters in which I found myself playing the drums with about 24 hours' notice! The guy on the drums, Trevor Moss, has remained a lifelong friend of mine. More generally, it was an extraordinary time in terms of music. The Students’ Union put on pop and rock concerts in the Great Hall as there was a big university circuit in those days for up-and-coming bands.

My mother’s experience has made me aware of why people become refugees and what the consequences are if they don’t flee... Everyone needs to realise that this history lives on, it is here, it is now, it is still happening.

Tell me about your career journey since you left Queen Mary.

After graduation, I spent a year at the Royal College of Music playing the cello, taking part in concerts and going to lectures on the history of music. I then joined the BBC as a Studio Manager, i.e. Sound Engineer and this involved operating the radio studios for domestic BBC, Radio 1,2,3 and 4, and the World Service. Once my training ended, I knew that I wanted to be permanently placed within BBC World Service. I wasn’t intimidated by the fact that I couldn’t understand most of the languages, as my mother spoke English, French, German, Norwegian, Italian, and Welsh, so not understanding or being able to read languages didn’t bother me. I also liked the cosmopolitan environment and because there was never enough money, I got a wealth of experience quickly. A lot of my colleagues were refugees – from Nazi Germany, from Hungary when the Soviets moved in in 1956, and from Czechoslovakia at the end of the Prague Spring in 1968. Although I didn’t know much about my mother’s history in those days, I felt deep empathy towards these people, and I enjoyed learning from them.

I had several roles at the BBC. I was a science reporter for a bit; I worked on the Ascension Island in the South Atlantic for a couple of months which was amazing; I worked in BBC Radio Training, BBC Engineering Training, and later became the Recruitment & Training Manager for World Service Studio Managers. After 20 years I was made redundant and this kickstarted my second career in teaching. I ended up in a FE college in Essex and one of the things I enjoyed most was helping students with their UCAS applications and bringing students back to Queen Mary. Many of the students I helped were the first in their families to go to university and it was really rewarding to help them knock down barriers to pursue higher education. In 2017 I retired and since then I have completed my master’s degree and I am currently considering a PhD!

Overall, the more technical aspects of my career in radio production and teaching acoustics would not have been possible without my degree and the knowledge I gained.

We originally started communicating in relation to World Refugee Day which is marked annually on 20 June to celebrate the strength and courage of people who have been forced to flee their home country and to build empathy and understanding for their plight and the resilience they show in rebuilding their lives. Can you describe your personal connection to this important day through the plight of your mother aged 14? 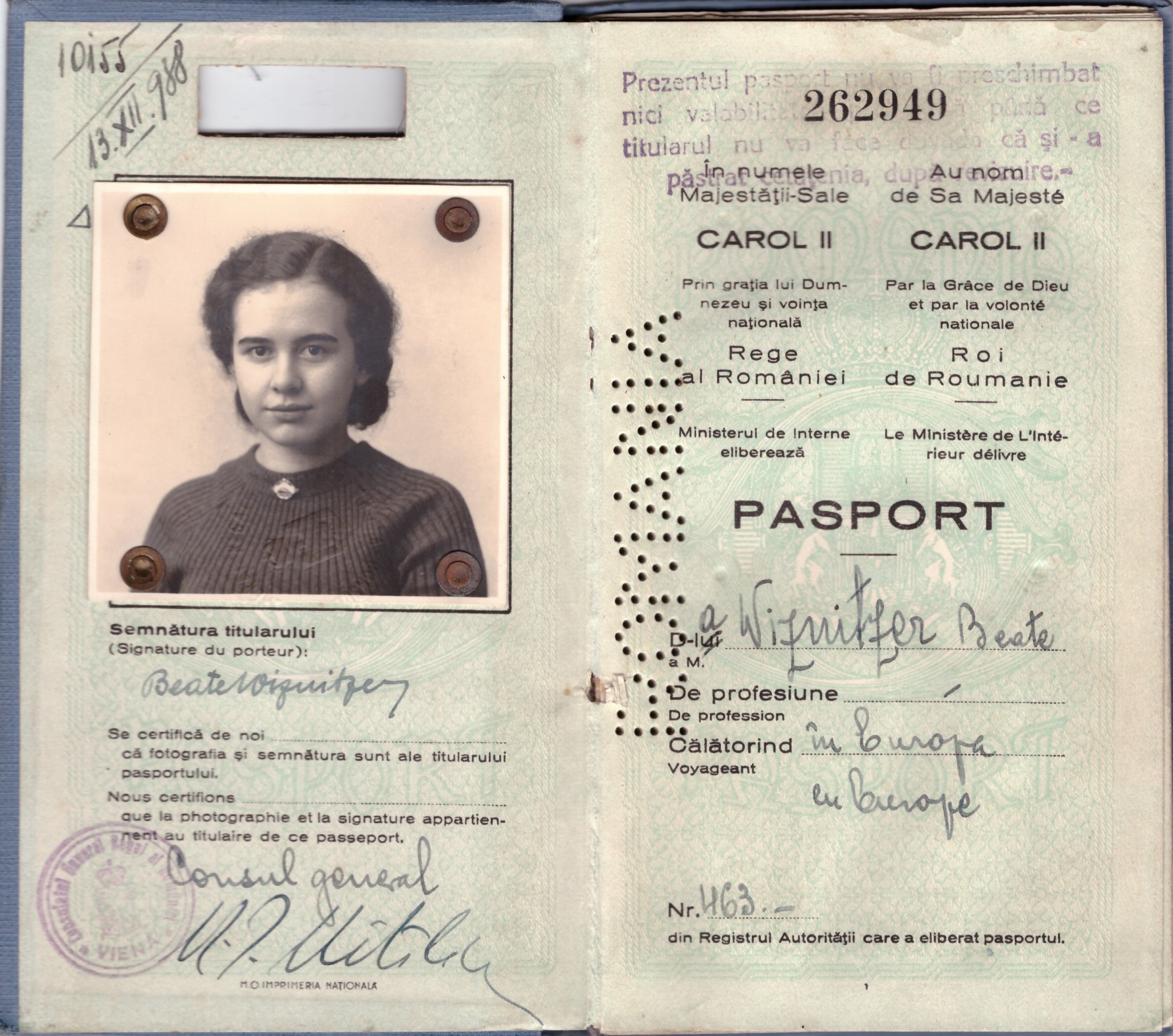 My late mother Beate Popperwell (nee Wiznitzer, 1924-2001) was born in Chernivtsi, a multilingual town located at the furthermost outpost of the Austro-Hungarian empire. She was Jewish but German speaking. Her family moved to Vienna in 1929/30 and she grew up in a time of much political turmoil; things were getting particularly bad for Jewish communities. My mother was a talented pianist and through her piano teacher, Julius Isserlis, my mother came to Britain as a refugee at the end of 1938, aged 14. She was saved by a railwayman at Stratford Goods Yard, where Westfield is now, who was a keen amateur musician. Her father accompanied her as far as the Channel but had no visa to come to the UK.  He lived in Antwerp until 1942 when he was taken to Auschwitz and murdered. Her mother stayed in Vienna until about the same time, and she perished in Sobibor.

My mother’s experience has made me aware of why people become refugees and what the consequences are if they don’t flee. When I was teaching, I used to take my students to the continent every February. I took them to Sachsenhausen concentration camp in Berlin, Dachau concentration camp outside Munich, and to the Anne Frank House in Amsterdam. I wanted them to understand the dark past and what they needed to do to stop history repeating itself. Everyone needs to realise that this history lives on, it is here, it is now, it is still happening.

I have the utmost sympathy for people fleeing their homeland. I played cricket in southeastern Austria with a guy who had walked all the way from Afghanistan. Until you have personally walked in the shoes of a refugee, you do not have the right to judge them, or to prevent them from seeking safety.

How has your mother’s story and history been preserved to this day?

I think it is desperately important to preserve my mother’s story. I don’t have children, but my intention in due course is that my mother’s personal possessions will go to my nephews. On a more public level, last year there was an exhibition in Waltham Abbey about the ‘Loughton Boys’, the group of Holocaust survivors who came in 1945 (one of whom became an Olympic weightlifter!), and there was an extra special display all about my mother. My mum would have laughed like a drain to know she had ended up in a museum, but the exhibition was significant, and I hope people came and paused for thought. I do think it is important to personalise history as much as possible. The fact that 6 million Jews died in the Holocaust is an incomprehensible number, but if you attach those numbers to real faces and stories, it brings history to life, especially in the minds of younger generations.

I remember her telling me that the official in Vienna, presumably at the British Embassy, initially refused her visa application to come to Britain, but just as she and her father were leaving the room he relented and called them back. Without that change of heart, I wouldn’t be here. I therefore feel like it is my personal responsibility to preserve and tell my mother’s story now that she is no longer with us.

What life did your mother build for herself in the UK?

My mother came to Britain with very little and yet somehow her parents managed to send her piano! When she arrived, the headmistress at the local school heard her plight and made it possible for mum to go to school. She joined aged 15 having had to learn English and within 3 years she had got two scholarships to Cambridge. She thought it was wrong to waste the time she had been given and so she spent life living it to the full. She had a career as a successful musician, and she started a family with my violinist father and they gave many concerts together. 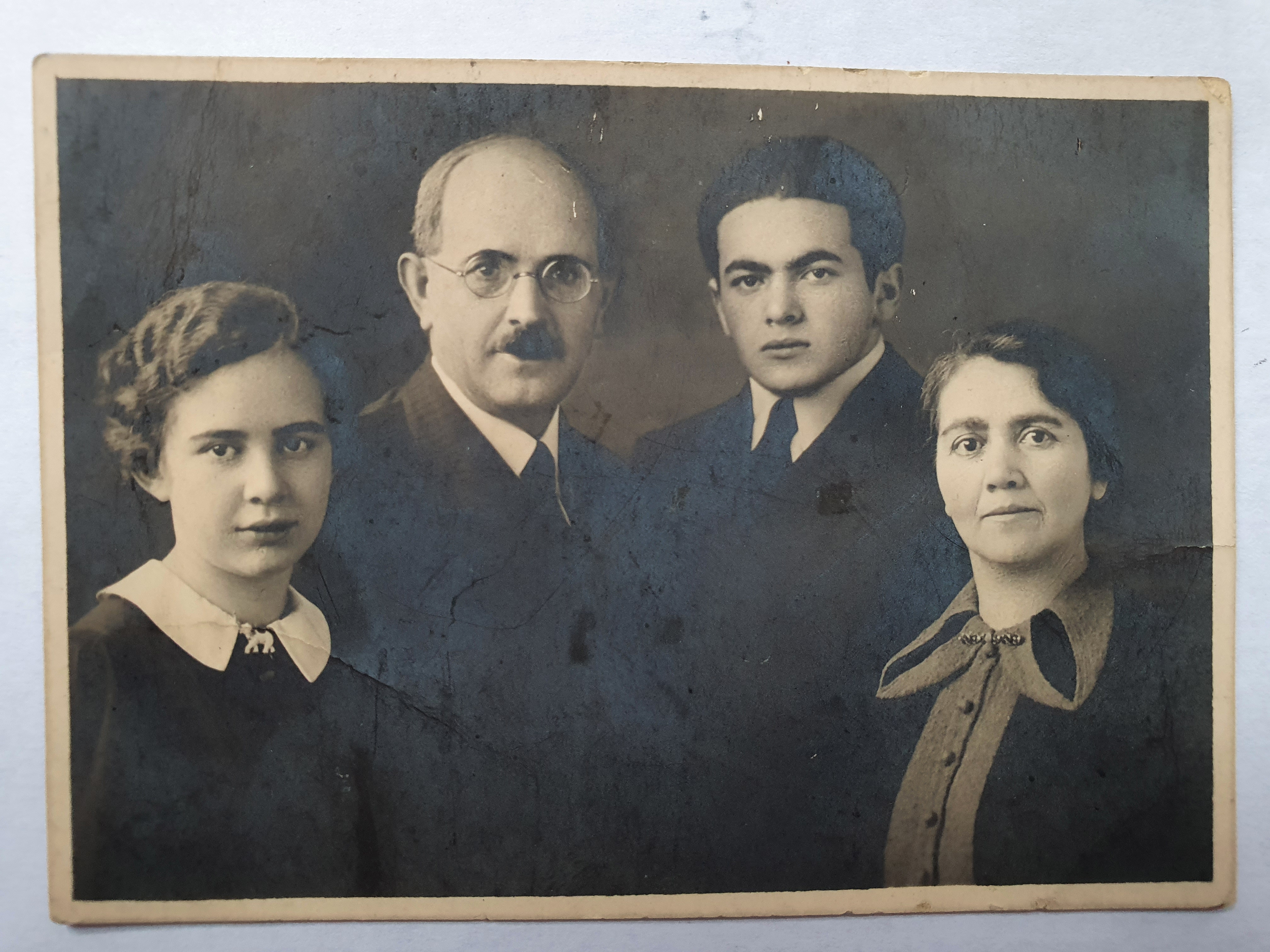 Pictured is a family photograph of Beate Popperwell [left], her parents, and her brother.

People have become very cynical and ignorant. Refugees do not flee their home country because they fancy a nice job or benefits, they flee because if they don’t, the alternative is death. They travel to a new place out of fear and terror, and they want their children to grow up in safety with education, warmth and food. How can anyone argue against that as a principle? Small-minded ideas that reject anybody who looks, talks, or thinks differently have no place in this world. If you talk to refugees and try to understand their plight and what they have gone through, it will give you a new perspective in which you learn to be grateful for your own life.

I have the utmost sympathy for people fleeing their homeland. I played cricket in southeastern Austria with a guy who had walked all the way from Afghanistan. Until you have personally walked in the shoes of a refugee, you do not have the right to judge them, or to prevent them from seeking safety.

This profile was conducted by Alumni Engagement Officer, Nicole Brownfield. If you would like to get in touch with Andrew or engage him in your work, please contact Nicole at n.brownfield@qmul.ac.uk.