I have stroked bats (they purred) behind the scenes on channel 4’s Sunday Brunch. I have given a talk in a glass-bottomed boat in a shark tank at Brighton sea life centre. I have been on a train through the Australian outback on a book tour and I have been chased off of BBC Radio 4’s Loose Ends by legendary rock drummer Ginger Baker, who didn’t like me mentioning the term “big bang”... 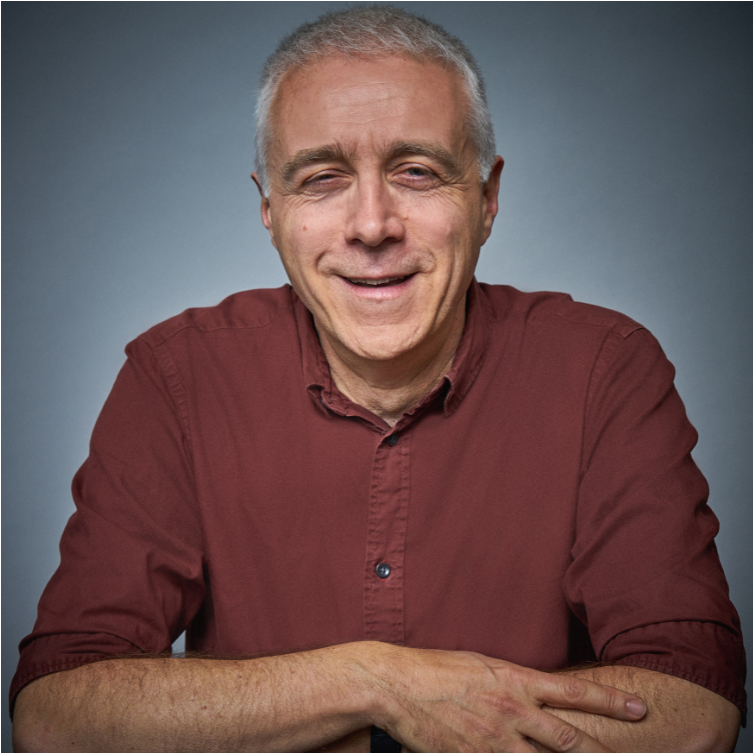 What did you choose to study BSc Physics at Queen Mary? I liked physics and applied to several universities. I’d never heard of Queen Mary College (QMC) before. But, when I arrived for an interview in the physics department, I discovered they’d arranged for all the interviewees to have tea with Sir Patrick Moore, who was teaching an introductory astronomy course at the college. I knew him from the BBC’s Sky at Night programme and from the TV coverage of the moon landings, so I was well impressed! I also thought QMC seemed like a friendly place. I had further been interested in astronomy since I was small and I liked the fact that they did research in astrophysics in the physics department so I thought I might get to do some astrophysics courses too. I then went on to do my MSc in Astrophysics at The California Institute of Technology in Pasadena.

Can you describe the path that you have led since leaving Queen Mary in 1982, the path that has led to your current role as a freelance writer, journalist and broadcaster? In 1982, I went to Caltech, where I did very long baseline interferometry. This involves observing distant “quasars” with a network of radio dishes across the globe – in effect, a radio dish the size of the earth – which makes it possible to zoom in on their cores, where there lurk supermassive black holes, gobbling gas and stars. Caltech was amazing in many ways. I was taught by Nobel prize-winners like Richard Feynman, who had built the atomic bomb. But it was not for me. At school, I liked English and I liked physics, but I was not allowed to do both at A-Level. I wanted to be a writer. So I wrote to newspapers and magazines in England asking for a job. It was not straightforward but, eventually, through persistence and luck, I got a break on the science journal Nature and then on the weekly magazine New Scientist. I became their Education Consultant, then Book Editor and then Science News Editor. When my wife, Karen, got a job as a Macmillan nurse in Worcestershire, I left New Scientist and went freelance, remaining as the magazine’s cosmology consultant. I had already published a popular science book called Afterglow of Creation while at the magazine and so continued writing books. I’ve written quite a lot now! Please see www.marcuschow.com

Congratulations on being a published author amid the many other hats you juggle. I understand that your book The Ascent of Gravity, was The Sunday Times Science Book of the Year 2017. How did it feel to receive this recognition at the time? I was very pleased. I had just represented Queen Mary on the Christmas University Challenge (with Bruce Dickinson on iron maiden!). Relieved it was all over, I was sitting on a train in Manchester – the BBC studios were in Salford - with a coffee and flicking through the Sunday Times when I suddenly spotted that I was Sunday Times’ Science Book of the Year. “Karen!” I shouted to my wife. “Look at this!” it made my day.

What is your writing process typically like for your books? It’s actually not very interesting! But what I like to do is communicate my enthusiasm and my understanding to a lay audience. It’s a wonderful feeling when you meet people, or people write to you, and they tell you that you connected with them and maybe they even got interested in physics because of reading one of your books. The best bit of writing, though, is when it’s over and you are no longer in a room on your own but go out into the world to publicise it. That’s the fun thing: the people you meet, the places you go, and the experiences you have. I have stroked bats (they purred) behind the scenes on channel 4’s Sunday Brunch. I have given a talk in a glass-bottomed boat in a shark tank at Brighton sea life centre. I have been on a train through the Australian outback on a book tour (there was a stabbing in our cabin – but that’s another story!). I have been chased off of BBC Radio 4’s Loose Ends by legendary rock drummer Ginger Baker, who didn’t like me mentioning the term “big bang” (I later became friends with his daughter, who, by coincidence, did English at Queen Mary!).

What are some of the questions about our solar system that you would love to find the answers to in your lifetime? Is there life elsewhere? I think there is a good chance there is primitive life in the sub-surface oceans of Europa, Ganymede, Calisto, Titan and Enceladus. And, of course, on Mars. Or, has any other intelligence been through our Solar System in the 4.55 billion years it has existed – and did it leave any artefact or message a là 2001: A Space Odyssey?

I understand that you was a regular guest on the BBC comedy-science show, It’s Only A Theory and that you have dappled in stand-up comedy. What is it about comedy that you find so attractive? What do you think makes comedy and science so compatible? It’s always good to do things that are beyond your comfort zone. It was a shame It’s Only a Theory didn't run longer. But its creator, Andy Hamilton, got tied up writing the sitcom Outnumbered. The great thing about comedy is that it helps overcome the fear many people have about science. If you can make them laugh, then you have bypassed the walls they can put up. And maybe they think: “This science stuff isn’t as scary as I imagined. I’ll find out more.”

Why did you choose to study at Queen Mary? It was an accident. See answer to question one. Queen Mary has lots of things going for it. Firstly, it does a wide range of subjects unlike, for instance, Imperial, which does science and technology. So you mix with a wider range of people. Secondly, it’s friendly (I have never met anyone who went to Queen Mary who didn’t like it). In physics in particular, it was small enough that I got to know my lecturers and did not feel lost in a class of hundreds of students.

How did your time and study at Queen Mary help your career and development? It gave me a good grounding in physics, which has been very useful. In particular, my first and second popular science books – Afterglow of Creation and The Magic Furnace had their genesis in courses I did as a physics undergraduate.

Is there any advice you would give to current students or recent graduates considering their career options? Follow your heart. And be persistent. Expect to apply for scores, even hundreds of jobs. Being able to cope with rejection is one of the most important life skills (I can’t tell you how many times I’ve been rejected by publishers!). I never got to do anything I actually liked doing until I was 25.

What was so special about your time at Queen Mary? I made friends I am still in touch with. And, when you realise the dinosaurs were still roaming the earth when I was at Queen Mary, that’s a wonderful thing.

I remember having semi-religious experiences when I first saw Maxwell’s Equations of Electromagnetism on a blackboard and when I first attended a lecture on Quantum Theory. I remember hearing the buses going past on the Mile End road and thinking nobody out there was learning the amazing things that I was learning. A lot of my career as a writer has been about communicating to an audience as wide as possible all of the amazing things that I have learnt about our universe.

I also met my wife at Queen Mary; Karen did French, but we didn’t get together until years after leaving Queen Mary. My first memory of her at Queen Mary is of her on a central line tube train to South Woodford, where the halls of residence used to be. A man was snoring and was in danger of falling off of his seat. Karen propped him up all the way, she didn’t wake him. I knew then there was something special about her!

You recently came back to Queen Mary for the ‘Evening with astronaut Michael Foale’ event and an observatory tour. What was it like returning to campus? Has the campus changed a lot since your time here? Queen Mary now has about five times as many students. And the big change is having student accommodation on campus. But it still felt as friendly as ever, which is pretty amazing.

Do you have any role models that you look up to, both inside and outside of your field? When I was at Caltech and was thinking about giving up my Ph.D. and trying to be a writer, I wrote to one of my heroes, science fiction writer Arthur C. Clarke in Sri Lanka, asking what I should do. He wrote back to me and that was such a big encouragement. Later, on just about my first assignment for New Scientist, I was sent to interview Carl Sagan, another hero. He’d written books I’d loved like The Cosmic Connection and presented the TV series Cosmos. He was staying in a huge suite overlooking Hyde Park at the Dorchester Hotel and I was so intimidated I just babbled! Never meet your heroes!