My time at Queen Mary really helped me to work out what I was interested in and what I wanted to do as a career. The opportunity to be able to learn about film theory and history, as well as practical filmmaking, really solidified my interest in documentary as a whole and also influenced how I go about making films today. 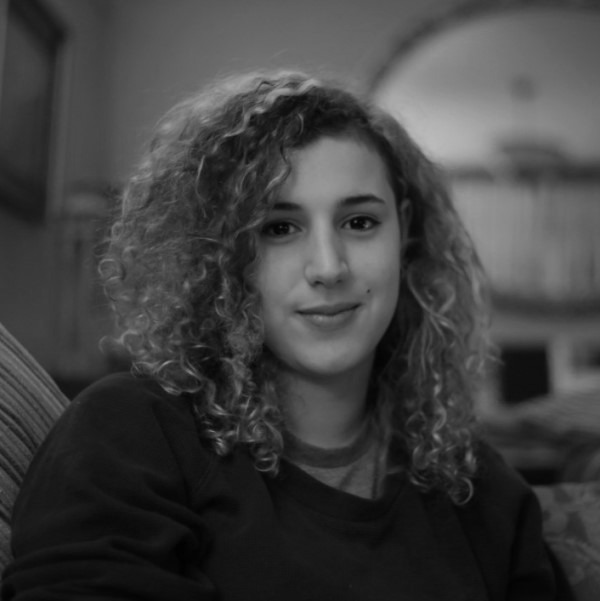 What attracted you to a degree in English and Film Studies?

I started thinking about uni whilst doing English Literature and Photography at A Level. My photography projects always incorporated what I was studying in English. I would use film and digital photos to explore the themes further and show my interpretation of the texts we were analysing. For example, my final year project was on The Great Gatsby. I was really interested in how allegories in the book were used to make comments about American society at the time. I bought an old 1920s camera that I found in a charity shop, then staged what I thought these allegories would look like if they were captured in a photo. Interestingly, the Baz Luhrmann adaptation of the book came out a year later, so it was great being able to watch that and compare.

I realised I really enjoyed analysing text and writing about it, but I equally enjoyed using film and photography to explore that further, so the combined degree at Queen Mary was a perfect fit.

Throughout my degree I continued to merge the two subjects, and I really like the way that the lecturers give their students the freedom to do this at Queen Mary. Rhiannon Moss, who teaches the English module “Britain in the 1950s”, was really supportive when I asked if I could make a short film as part of my English assignment.

What aspects of your English and Film Studies degree did you find most enjoyable?

The part of my degree that I enjoyed the most was the practical filmmaking module I did at the end of my degree. We had the option to make either a fiction film or a documentary. I chose to make a documentary about the weird and wonderful new uses that people were finding for old red telephone boxes, which opened up a wider conversation about modern day communication. This was the first documentary I had ever made, and it helped me to realise that working in documentary was the path I really wanted to take after leaving university.

Can you describe what you do now and what a typical working day looks like for you?

I currently work as a researcher on a Channel 4 documentary called ’24 hours in A&E’. A typical day can either be office based where I am calling people who have been filmed in the hospital and interviewing them over the phone about their life and experience during their time in A&E, or it will be on location helping the director and cameraman conduct an on-camera interview with the person in their home.

You recently won Best Documentary at the Soho London Independent Film Festival for your film, Canarios. Can you tell us what the film is about?

The film was shot during the summer of 2016, which was a really pivotal time in Cuba’s modern history. American citizens were allowed to visit after the lifting of the travel ban, and Barack Obama was the first American president to have visited in almost 100 years! The documentary is predominately about birds: different people around the city keep birds as pets for various reasons - for companionship, sport or livelihood. Underneath this, the film is also about loneliness and patriotism. When the travel ban was lifted in Cuba in 2013, lots of people left the island, so the film is also about migration and the people who chose to stay when many others were leaving, and why.

It is really encouraging to have won the award, I did not expect it at all! It has given me the confidence and motivation to start working on other documentary projects that I have been meaning to do for some time.

I first became interested in documentary filmmaking during my first year at Queen Mary. Students were given the opportunity to go to East End Film Festival, which is a film festival that Queen Mary was running. A final year student had made a documentary about a bookshop on a canal boat that won best documentary. I remember thinking it was brilliantly made, and I think that’s what sparked my interest.

How do you find the subjects for your films?

I am always on the lookout for interesting stories and people who I think might make a good documentary. Working as a documentary researcher for the last three years has definitely given me the skills and confidence to be able to find ways of contacting people. I will call or email people to introduce myself and speak to them about the possibility of making a short film. People are normally very flattered that someone has taken an interest in them or something they are passionate about, so it is always worth asking.

Looking back, how did your time and study at Queen Mary help with your career and development?

My time at Queen Mary really helped me to work out what I was interested in and what I wanted to do as a career. The opportunity to be able to learn about film theory and history, as well as practical filmmaking, really solidified my interest in documentary as a whole and also influenced how I go about making films today. I make films in a similar way to how I wrote essays at uni - finding themes in the interviews and footage I have shot, and then grouping them together to form a clear and coherent narrative.

Athena Mandis was the lecturer on my practical filmmaking course and was really encouraging. She is a documentary filmmaker herself, and so gave me lots of great advice while I was making my first film.

There are load of filmmakers that I really look up to, so there are lots to choose from. Recently I’ve really enjoyed watching films by Orlando Von Einsiedel. Many of his films can be found on Netflix such as Virunga and White Helmets. What I admire about him is that he has also made a film called Evelyn (also on Netflix), which is about his own family. The film is very personal and would have been emotionally difficult to make. I admire the fact that he can also turn the camera on himself and document his own life, as well as expecting other people to do it, in his films.

What are your hopes and plans for your career going forwards? Are you currently working on any exciting projects?

My plan for my career going ahead is to keep working in TV and making my own films. In TV, I would like to keep working on documentaries and hopefully progress to being an Assistant Producer in the next year. I have just finished making a documentary about a hotel in Brighton that was used as emergency accommodation for people who were homeless during the first lockdown, so I would like to enter that into some film festivals for 2021. The dream is to eventually work on a Netflix documentary, so fingers crossed that happens one day.

The advice I would give to students and recent graduates interested in documentary filmmaking is to start making your own films as soon as possible. When you leave uni and start looking for a job, employers will be looking for evidence that you have a genuine interest in documentary and filmmaking. Many people applying for these jobs will have a degree, but not everyone will have made a documentary, so it is a good way of setting yourself apart from other people’s applications.

In terms of finding a job, I would recommend applying for training schemes like Creative Access, The Grierson Doclab or MAMA Youth Project (to name a few), these schemes are free to apply for and give successful applicants access to training and workshops as well as a paid entry level job in factual TV or documentary. I got my first runner jobs through Creative Access and The Grierson Trust and these were integral to me starting a career in TV.

When you first graduate, job hunting can be very daunting because it is a competitive industry with no clear path of how to break into it. Another good way of making contacts is to email filmmakers and production companies whose work you admire to see if they have any upcoming films you could work on, or if they can keep you in mind for anything in future.

This profile was conducted by Alumni Engagement Coordinator, Nathalie Grey. If you would like to get in touch with Amy or engage her in your work, please contact Nathalie at n.grey@qmul.ac.uk.