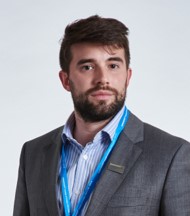 Reader in Neurology and Neuroepidemiology and Consultant Neurologist

I am a Reader in Neurology and Neuroepidemiology in the Centre for Preventive, Detection and Diagnosis (CPDD), in the Wolfson Institute of Population Health, Queen Mary University of London (QMUL). I am the Lead of the Preventive Neurology Unit (PNU) based within CPDD and a Consultant Neurologist at Barts Health NHS Trust.

I graduated from Barts and the London (QMUL) in 2007 and I pursued integrated training via the Foundation Academic Programme and an NIHR Academic Clinical Fellowship at UCL. Between 2012-2016 I undertook a PhD in Neuroscience at UCL and between 2014-2016 I undertook an MSc in Epidemiology at London School of Hygiene and Tropical Medicine. I re-joined QMUL and the PNU in 2017 to lead the Parkinson’s programme of work.

My research interests are Parkinson’s disease and other neurodegenerative disorders, particularly early identification and epidemiological aspects, including environmental, clinical and genetic determinants. I am the co-principal investigator of the PREDICT-PD study and principal investigator for the East London Parkinson’s Disease project. I am a member of the International Parkinson and Movement Disorder Society (MDS) and I graduated from the MDS LEAP leadership programme in 2020. I sit on the MDS Epidemiology Study Group and the MDS Prodromal Parkinson’s Subcommittee. I also sit on the steering committee of the Global Parkinson’s Genetics Program (GP2) and lead one of the working groups, focusing on Training and Networking. I am the Chair of the Think Brain Health Global initiative.