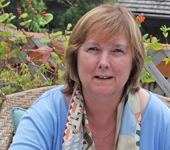 I first studied artistic and literary responses to the First World War at Sussex University. Following an MA in Sociology of Art and Literature there, I completed a doctorate on modernism and Virginia Woolf. I have maintained an interest in Virginia Woolf throughout my career, and have edited a number of volumes of Woolf’s writing. I then moved into an engagement with Marxist ideas and their vexed relation to feminism, working on social and cultural theory, and developing expertise in ideology, aesthetics, gender, and post-structuralist ideas.  During that period I taught in Sociology, the subject of my first degree.  My recent work has focused again on the literature and art of the First World War period, and these interests are reflected in my teaching in the English Department at Queen Mary, which I joined in 2000.

My two current research projects concern the work of Virginia Woolf, in particular her historical research and her engagement with the politics of imperialism; and cultural responses to the First World War and the history and politics of the Imperial War Graves Commission.

Since joining the English Department at Queen Mary I have received a Leverhulme Fellowship to study shell shock, which resulted in my 2007 book Casualty Figures: How Five Men Survived the First World War. An article considering Pat Barker’s Regeneration trilogy and the Freudianization of shell shock also grew out of this research. The biographical approach I took to the First World War in Casualty Figures is one I adopted again in an article for History Workshop Journal in Spring 2013, which explores a family archive as a unique record of the war.

In 2007 I was awarded a British Academy grant to research the colonial politics of WW1 commemoration. My chapter in the edited collection Race, Empire and First World War Writing reflects on this research and I have given a number of invited lectures and seminars on this subject in the UK and Canada. I am currently at work on a larger, related project concerning the politics of the Imperial War Graves Commission in their work outside Europe after the First World War.

Building on my background in Woolf scholarship and my longstanding commitment to historical approaches to Woolf’s work, I have recently undertaken a new project on Woolf as a social and political researcher. The significant archival research undertaken for my article ‘Virginia Woolf’s Research for Empire and Commerce in Africa (Leonard Woolf, 1920)’, published in the 2013 edition of Woolf Studies Annual will be developed in this new project. I have given a number of lectures on this current project on Woolf.

‘Subalterns at War: First World War Colonial Forces and the Politics of the Imperial War Graves Commission’, in Can the Subaltern Speak?: Reflections on the History of an Idea, ed. R. C. Morris (Columbia University Press, 2010), pp. 156-76

‘Reason and Truth in A Room of One's Own: A Master in Lunacy’, in Virginia Woolf Out of Bounds: Selected Papers from the Tenth Annual Conference on Virginia Woolf, ed. J. Berman and J. Goldman (New York: Pace University Press, 2001), pp. 120-29

Imagination in Theory: Essays on Writing and Culture (Polity Press, 1999)

ed., Penguin edition of Virginia Woolf’s A Room of One’s Own and Three Guineas (1993), and Penguin Modern Classics edition (2000)

The Politics of Truth: from Marx to Foucault (Polity Press, 1992)

You can read about some of my media and public appearances here.