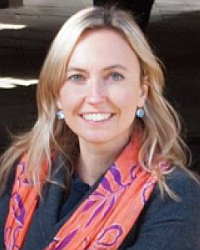 Karolina Pomorska is a Jean Monnet Chair and Associate Professor in International Relations at Leiden University’s Institute of Political Science. In her current research, Karolina focuses on the European Union’s foreign policy and the dynamics of international negotiations. She studies the behavioural norms in the Council of the EU and the processes of contestation and norm erosion. She has led a project on the European External Action Service and socialization of its diplomats.

Karolina also studies the roles and attitudes of officials in the Council Secretariat General of the European Union and the role of nationally seconded diplomats. Among her research interests are also topics such as: informal aspects of policy-making and negotiations, Polish foreign policy and the role of trust in crisis. She has co-edited a book on the tensions between values and security in Europe’s neighbourhood (with Manchester University Press) and a Special Issue of the Hague Journal of Diplomacy on the emerging system of European diplomacy.