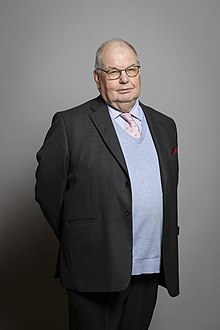 Member of the House of Lords European Union Select Committee and its Internal Market sub committee / Co-chair of Policy Network / Pro Chancellor of Lancaster University and a Cumbria County Councillor.

Roger Liddle has written extensively on European affairs. His book 'The Europe Dilemma: Britain and the Drama of European Integration' (IB Tauris 2014) uses his experience in 10 Downing St, as Tony Blair's political adviser on Europe from 1997 to 2004, in order to offer an account and explanation of Britain's troubled relationship with the EU since the Second World War. His most recent publication 'The Risk of BREXIT' (Rowman and Littlefield 2015; and substantially updated second edition 2016) analyses the politics of David Cameron's strategy of renegotiation and the forthcoming British referendum.

Previously he had contributed (with Patrick Diamond) a chapter on Europe in Options for Britain II (edited by Uberoi, Coutts, Halpern and McClean; Wiley Blackwell in association with Political Quarterly, 2010).

Roger has also co-authored (with Patrick Diamond and Daniel Sage and in partnership with FEPS) a recent overview of 'The Social State of Europe' (Rowman and Littlefield 2015). This followed an earlier paper he had co-authored (with Frederic Lerais) on 'Europe's Social Reality' when he served in the European Commission 2004-7 and became an adviser to the President, Jose Manuel Barroso. (Bureau of European policy advisers, European Commission, 2007).

He has also contributed to chapters on similar social Europe themes in a range of books:

'The Political Economy of the Single Market' in The Delphic Oracle on Europe, edited by Loukas Tsoukalis and Janis Emmanouilidis, OUP 2011.

'Step by step: the EU and Eurozone's fitful search for better economic governance through the the aftershocks of the financial crisis' in Social Developments in the European Union 2011. (ed by David Natali and Bart Vanhercke, European Trade union Institute and European Social Observatory 2012).

Roger joined the House of Lords as a Labour working peer in 2010, where he was Labour's front bench Europe spokesperson from 2011-14. He is currently a member of the House of Lords European Union Select Committee and its Internal Market sub committee. He has been deeply involved with the centre left international think tank, Policy Network, for over a decade where he is currently co-chair. He is also Pro Chancellor of Lancaster University and a Cumbria County Councillor.

His other main intellectual and policy interests are in British government and the future of social democracy and centre left politics. Having first joined the Labour Party in 1965, he served as a special adviser to Rt Hon William Rodgers, Transport Secretary in the Callaghan government 1976-79. He joined the SDP in 1981 and served on its national policy committee from 1981-6 before eventually rejoining Labour. He was the co-author with Peter Mandelson of 'The Blair Revolution', Faber and Faber, 1996. With Patrick Diamond he edited 'Beyond New Labour', Politico's 2009. He chaired the 'New Industry, New Jobs' advisory group to Peter Mandelson when he was Business Secretary 2008-10, as well as the Cumbria arm of the North West Development Agency 2007-10. He contributes frequently to blogs and articles about the future of the centre left in Britain and the EU.