21 new Fellows will join the Institute for the Humanities and Social Sciences (IHSS) at Queen Mary University of London in the new academic year (2022/23). 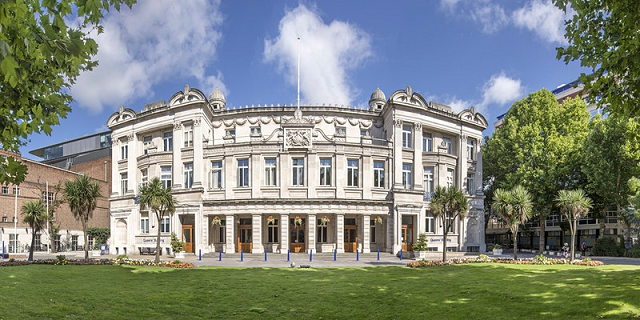 Following Queen Mary’s ethos that diversity of ideas helps achieve the previously unthinkable, the IHSS brings together the brightest minds in different disciplines from across the globe, so they can explore innovative approaches to scholarly problems and public concerns alike.

This year, Queen Mary’s IHSS welcomes a new cohort of inter-disciplinary experts to develop new ideas and drive forward its pioneering research. Academics will lecture in a specific School within the Faculty of Humanities and Social Sciences, as well as holding research-focused roles in the Institute.

New IHSS Fellow Dr Louise Ashley comes from the Royal Holloway University of London, where she led the teams appointed by the government's Social Mobility Commission to understand non-educational barriers to elite professions. Dr Ashley specialises in the development and implementation of diversity and inclusion programmes for large, multinational professional service firms, with a particular focus on gender, ethnicity and socio-economic background.

Before her appointment as an IHSS Fellow at Queen Mary, Dr Camille Terrier was an Assistant Professor at the University of Lausanne. Her research focuses on the economics of education and labour economics. Dr Terrier is currently examining the recruitment of teachers, the centralised assignment process used to assign teachers to schools, the role of principals in colleges, and the impact of teachers’ gender biases on students’ performance.

Also new to the school is Dr Lucie Gadenne, who joins from the University of Warwick. Dr Gadenne has a PhD from the Paris School of Economics and her research is at the intersection of public finance and development economics, with a particular interest in equity and efficiency characteristics of tax and transfers in low income families.

Dr Katherine Angel was a Leverhulme Early Career Fellow at Queen Mary’s Centre for the History of Emotions, and now returns to us for this new Fellowship in the IHSS, after several years at Birkbeck University of London where she directed the MA in Creative and Critical Writing. Dr Angel’s research explores 'female sexual dysfunction', American psychiatry, sexology and feminism.

An IHSS Fellow joining the School is Dr Sita Balani, previously a Lecturer in Contemporary Literature and Culture at King’s College London, where she taught cultural studies and critical theory with a particular focus on unconventional and postcolonial theory in a UK context. Dr Balani’s research seeks to unpack the impact of imperial histories on contemporary culture. Her PhD thesis, ‘Identity After History: Desiring Authenticity in Contemporary British Culture’, explores the legacies of imperialism within culture, community and identity in Britain today.

Political ecologist Dr Archie Davies was a Leverhulme Early Career Fellow at the University of Sheffield before coming to the School of Geography at Queen Mary this year for an IHSS Fellowship. His research interests are the ‘geography of hunger’ (a concept put forward in the mid twentieth century by Josué de Castro) and the history and philosophy of geographical ideas (particularly ideas in twentieth century Latin America).

Urban geographer Dr Elsa Noterman joins Queen Mary’s IHSS Fellows from the University of Cambridge. Her research primarily focuses on collective struggles over access to land and housing, with recent work examining how everyday use of "vacant" property can both reinforce and destabilise normative notions of urban development. Dr Noterman also writes about working and organising within educational spaces and is involved in several collaborative critical cartography projects.

Social and cultural historian Dr Jane Freeland joined Queen Mary in 2018, teaching modern German history, and this year will take on a new role as IHSS Fellow. Dr Freeland’s research examines the impact and meaning of 1960s feminism on contemporary discussions of gender and women’s rights. Her work often focuses on gender, sexuality and feminism in divided Germany, exploring these historic issues not just through social and legal change but also film and literature.

Joining the School as another IHSS Fellow is Dr Ria Kapoor, previously a Simon Research Fellow at the University of Manchester. Dr Kapoor’s research focuses on global inequalities, with a particular interest in the Indian refugee regime during the mid-twentieth century. Other areas of expertise include South Asia and Afro-Asia; human rights; refugees and asylum seekers; immigration and migration; global history and decolonisation.

Also new to the School is Dr Delfi I. Nieto-Isabel, who joins the IHSS Fellows from the Harvard Divinity School, where her work focused on social network analysis of religious dissident movements in late medieval Languedoc. Dr Nieto-Isabel has been awarded a Marie Skłodowska Curie Individual Fellowship from the European Commission to carry out her research project on the impact of illiterate women on religious radicalisation at Queen Mary.

Award-winning documentary-maker Dr Yasmin Fedda is already a Lecturer in Film Practice at Queen Mary and this year will take on the new role of IHSS Fellow. She convened Queen Mary’s interdisciplinary Centre for Film and Ethics, exploring traditional questions of moral philosophy and the complexities of the contemporary ethical landscape. Dr Fedda's work is interdisciplinary intersecting film, anthropology, and political science with a focus on documentary, forced migration, representation, film & ethics, language, activism and human rights.

Filmmaker and IHSS Fellow Dr Daniel Mann also comes to Queen Mary from King’s, where he was Leverhulme Early Career Fellow in the Film Studies Department. His work examines the infrastructures underlying audio-visual media in the context of settler colonialism, civil conflict, and climate emergency. Dr Mann's films have been exhibited internationally at film festivals and venues such as The Berlin Film Festival, The Rotterdam Film Festival, Cinéma du Réel and the ICA in London.

Also joining the Fellows from King’s is Dr Cristina Moreno Almeida, who was there as a British Academy Fellow researching digital cultures. Her current research analyses the role of new and social media in Morocco – specifically looking at the social, cultural and political implications of disseminating cultural production exclusively using online platforms. She has also been involved in related cultural research projects such as the British Council’s Pop-Up Studios and Visa For Music event.

Legal academic and attorney Dr Alexis Alvarez-Nakagawa came to Queen Mary in October 2021 as a British Academy Postdoctoral Fellow, and will now take on an IHSS Fellowship. His work brings together insights from philosophy, critical theory and jurisprudence to explore different legal problems from an interdisciplinary and critical perspective. Dr Alvarez-Nakagawa’s research interests range from the colonial history of international law to new trends in human rights law, such as current experiences of transitional justice in South America and the recent grant of legal personhood rights to non-human beings in different jurisdictions across the globe.

Also joining Queen Mary’s School of Law as an IHSS Fellow is Dr Camillia Kong from the Institute for Crime & Justice Policy Research at Birkbeck University of London. Dr Kong is Principal Investigator of the AHRC-funded Judging Values and Participation in Mental Capacity Law project. Her research interest is on the intersections between Western and African normative thought and practice in approaches to mental disorder and intellectual disability.

Human rights law expert Dr Daragh Murray was a Senior Lecturer at the University of Essex before coming to Queen Mary for his new IHSS Fellowship. Dr Murray’s research expertise is in international human rights law and the law of armed conflict, with specific interest in artificial intelligence and other advanced technologies, as well as in using human rights law to more effectively inform ex ante decision-making processes. He was recently awarded a UKRI Future Leaders Fellowship: ‘What does Artificial Intelligence Mean for the Future of Democratic Society? Examining the societal impact of AI and whether human rights can respond’.

Dr Paul Kirby was an Associate Professorial Research Fellow at the London School of Economics’ Centre for Women, Peace and Security before joining the IHSS Fellows at Queen Mary. His current research involves three overlapping projects: Politics of the Women, Peace and Security agenda; the history of feminist reformulations of foreign policy and statecraft; and the emerging governance of masculinity in global politics. Dr Kirby is also Co-Director of the UKRI GCRF Gender, Justice and Security Hub.

Keren Weitzberg is a tech and migration researcher with 15 years of experience in Kenya conducting fieldwork in cross-cultural, multilingual settings. Working at the intersection of science and technology studies, migration and border studies, and critical race studies, she examines problematics related to mobility, digital identity, and biometrics. She is particularly attuned to the impacts of biometric and digital identity systems on migrants, nomadic populations, refugees, and border communities who have historically struggled to access identity documents. She is also increasingly interested in the ramifications of biometric and digital identity systems on political futures defined by scarcity and climactic crisis.