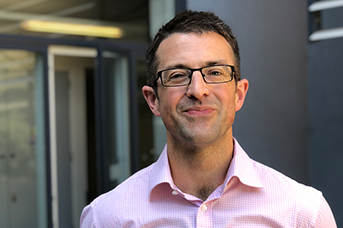 Professor of Modern History and Head of the School of History

I am a historian of war and its remembrance, specialising in the history of Britain and the British Commonwealth and Empire during the two world wars. I have recently completed the second of a two volume history of Britain's Second World War which will be published by Penguin in 2020. These books are the first to bring together the military, social, political and economic histories of the war. In so doing, they explain the extraordinary change and long-lasting effects of the 'wartime decade' - the period of preparation, conflict and aftermath lasting from 1937 to 1947. Reviewers called Into Battle: 'outstanding', a ‘judicious guide to the road to war’ that was ‘a tour de force’, and a ‘monumental’ work with ‘a light touch’.

My first book, The Great War Myth and Memory, explored how ideas about the First World War changed during the twentieth century. The theme of how people thought about these enormous conflicts before, during and after they were fought still runs through my work, including public engagement and consultancy. Up to 2014, I was a member of the academic advisory panel for the Imperial War Museum's redesign of its First World War galleries, and I now sit on the equivalent body for the Museum's Second War gallery redesign. I chaired the historical advisory panel for the programme of schools centenary tours to the Western Front run by the Institute of Education, and I recently advised the BBC on the commemoration of the 75th anniversary of D-Day.

I am a passionate believer in the power of undergraduate research: not just as an educational experience but as a means to advance our collective understanding of the past. For the last eight years, I've run a long-term project with final year undergraduates researching the history of service in London during the First World War. One student from the 2018-19 iteration said: 'this module helped me take war history out of the box into which I had confined it, helping me to understand that it is about so much more than military history... truly enlightening'. Students made a programme about some of their findings with BBC London, which you can listen to here: https://www.bbc.co.uk/sounds/play/p02hcgn5. The project has had an international impact, with papers given at conferences in Rio and Paris. In 2019, we ran a successful dissertation conference on Twitter, which you can read about here.

I started working at QMUL almost two decades ago - it was my first 'proper' academic job after a year teaching officer cadets at the Royal Military Academy Sandhurst. From the first, I was struck by how friendly the School of History was, and how open colleagues were to learning from the very different ways in which they studied the past. From September 2019 I am Head of School: though the institution is much changed since I arrived, I am looking forward to perpetuating those traditions of friendliness, openness, and excitement about new teaching and research.

I convene modules on the British army on the Western Front 1914-1919, Bomber Command in the Second World War, and London in the First World War. Because I am Head of School, in 2019-20 I will be teaching only one module - a Digital History of First World War London.

I will teach on the core and optional modules of our new Modern British Global Studies MA.

History of war and its effects on politics, culture, economics and society, history of twentieth century Britain and the British Empire, war remembrance and commemoration.

I welcome applications from candidates wishing to undertake doctoral research in the areas above and the following areas: