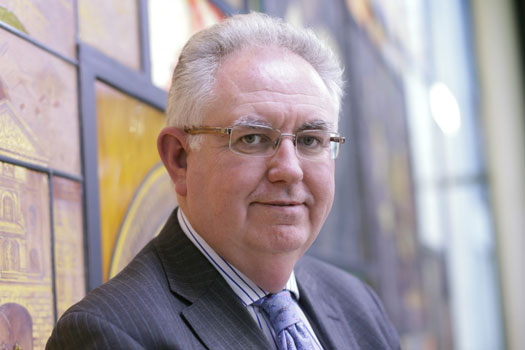 Professor Sir Mark Caulfield is a Professor of Clinical Pharmacology at Queen Mary University of London and Vice Principal for Health for Queen Mary’s Faculty of Medicine and Dentistry.

Professor Caulfield graduated in Medicine in 1984 from the London Hospital Medical College and trained in Clinical Pharmacology at St Bartholomew’s Hospital where he developed a research programme in molecular genetics of hypertension and translational clinical research.

At Queen Mary University of London Professor Caulfield has made substantial contributions to the discovery of genes related to blood pressure, cardiovascular health, cancer and rare diseases. His research has changed national and international guidance for high blood pressure. He was Director of Queen Mary’s William Harvey Research Institute between 2002-2020 and was elected to the Academy of Medical Sciences in 2008.

In July 2021, Professor Caulfield stepped down from his role as Chief Scientist for Genomics England to take major leadership in Barts Life Sciences, a partnership between Queen Mary University of London and Barts Health NHS Trust. This is driving the development of a world-leading life sciences campus at Whitechapel focusing on digital precision healthcare. He is a member of the Barts Health NHS trust Board and is the President Elect of the British Pharmacological Society.  He became Vice Principal for Health for Queen Mary’s Faculty of Medicine and Dentistry in January 2022.