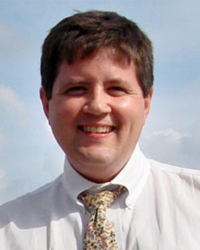 Professor Thomas finished LSU's six-year MD program in 1990, moving to North Carolina to train in Emergency Medicine at East Carolina University. After a fellowship in Air Medical Transport at ECU, he joined the faculty at Harvard and Massachusetts General Hospital. He obtained a Masters in Public Health (with a concentration in Quantitative Methods) at Harvard University in 1999. Over the course of sixteen years at Harvard, Stephen was primarily involved with medical student education and helicopter EMS, also serving as a founding faculty member of the Harvard Affiliated EM Residency, ultimately rising to Associate Professor at Harvard. In 2009 he took over as the first Kaiser Foundation Professor and Chairman of the Department of Emergency Medicine at the University of Oklahoma.

In 2015 he moved to the position of administering the government-operated EDs for the State of Qatar, serving as system chairman for the country. He is also the chief of service at the Level I trauma center Hamad General Hospital, one of the top five EDs in the world with respect to volume (nearly 600,000 annual visits).

Ongoing areas of clinical research include prehospital medicine, analgesia, and evaluation of new technologies in the air medical and ED settings. His professional organization memberships include the Society for Academic Emergency Medicine (SAEM), where he has worked with and chaired the Undergraduate Education Committee. He has also chaired, and continues to serve on, the Air Medical Services Task Force of the National Association of Emergency Medical Services Physicians (NAEMSP).