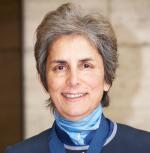 Emeritus Professor of Medicine and Education

Professor Kumar's research interests have been in disorders of the small bowel particularly coeliac disease in which she completed her MD and published widely on the topic.

Her interests turned to education and she now teaches, lectures and examines for MBBS and postgraduate degrees in this country and many countries abroad on a regular basis. She developed the only MSc in Gastroenterology in the UK. As a student she found textbooks rather boring and therefore went on to co-found and co-edit the textbook “Kumar and Clark’s Clinical Medicine” (currently in its 8th Edition) which is used worldwide. She has also published many other textbooks on medicine.

She was a founding Non-Executive Director of the National Institute of Clinical Excellence, at its inception and Chairman of the Medicines Commission UK. She was Vice President for the Royal College of Physicians and President of the British Medical Association. She was also Director of CPD and Assistant Director for International Education for the RCP and Chair of the BMJ eLearning committee. Currently, she is Chairman of BUPA Foundation Charity for Research, Trustee of many other charities and President of the Royal Society of Medicine.

My major interest has been in coeliac disease and gut immunology. I have published widely and given talks on these topics nationally and internationally. My research involved investigating the immunogenetic mechanisms involved in the pathogenesis of coeliac disease.