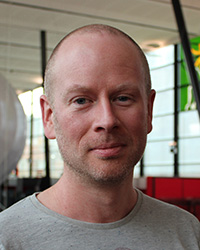 Neil completed his PhD in mucosal immunology at Imperial College London before conducting post-doctoral research in inflammatory bowel disease (IBD) under the guidance of Prof Stella Knight at St. Mark’s Hospital London, one of the world’s first specialist centres for intestinal disorders. He later joined the laboratory of Dr Andy Stagg at Queen Mary where he developed his interests in γδ T-cells and their emerging role in immune regulation of the human gut, leading to a number of high-profile publications and a series of early career researcher prizes from both UK and international scientific societies. Neil was subsequently awarded an MRC Career Development Fellowship to establish an independent research lab at The Blizard Institute, where his team now investigates how γδ T-cells protect mucosal barriers against microbial invasion and inflammation, as well as studying the pathological disruption of these functions in patients with IBD (Crohn’s disease and ulcerative colitis).

The McCarthy lab studies host–pathogen interactions at mucosal surfaces, with a particular focus on γδ T-cells and their role in gut barrier protection against microbial infection and inflammation. The ultimate aim of this work is to understand how γδ T-cell function becomes dysregulated in inflammatory bowel disease (IBD) and could potentially be restored by novel agonist / antagonist immunotherapies.