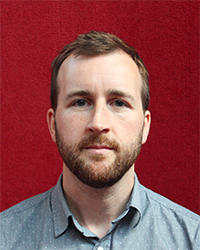 Professor John Connelly received his B.S. in Biological and Environmental Engineering in 2002 from Cornell University and his Ph.D. in Bioengineering in 2007 from the Georgia Institute of Technology. He then completed his postdoctoral training in Prof. Fiona Watt’s laboratory at the University of Cambridge where he investigated the roles of cell shape and the actin cytoskeleton in keratinocyte terminal differentiation.  He established his independent research group at Queen Mary in 2010, and now leads a multi-disciplinary team of scientists and engineers.

Research in the Connelly lab focuses on the role of mechanical and biophysical forces in the regulation of skin homeostasis and repair.  Notable works in this area include dissecting the cross-talk between the F-actin and keratin cytoskeletons in keratinocyte mechano-sensing and uncovering the downstream biophysical regulation of nuclear architecture, gene expression, and metabolism.  In addition, the Connelly lab has developed a range of novel bioengineering tools for modelling the cellular microenvironment within the skin.  On-going areas of investigation include understanding the role of impaired mechano-sensing in blistering skin diseases and scar formation and the development of next-generation human skin models using 3D bioprinting.  He is the academic lead for the CREATE Lab and co-course director for the MSc Regenerative Medicine.

My laboratory is interested in how cells within the skin sense and respond to changes in their physical microenvironment. We employ engineered materials and model systems to precisely control the signals presented to cells.

I am also the academic lead for the CREATE Biofabrication Lab, and have an on-going interest in regenerative medicine, tissue engineering and the development of next-generation in vitro models of human tissues and diseases.