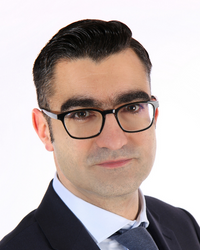 Mr Ioannis Goutos qualified from the Royal Free & University College London medical school in 2002 with a distinction in Surgery and a 1st Class Honours BSc Degree in Molecular Medicine with Basic Medical and Clinical Sciences.

He acquired a Plastic Surgery national training number in the Oxford Deanery in 2008, having worked at a number of highly regarded plastic surgery services, including St. Andrew’s Centre for Plastic Surgery and Burns, Chelmsford, where he developed a special interest in burn and scar management.

Following completion of a Masters degree in Burn Care, he was offered an honorary clinical lectureship and since June 2015, a substantive appointment as a Clinical Senior Lecturer in Plastic, Reconstructive and Aesthetic Surgery at Queen Mary University of London. As part of an honorary consultant appointment at Barts Health NHS Trust, he spearheaded the development of a burns service in the east London catchment area as well as managed patients referred to the well-established hypertrophic and keloid scar service. In November 2020, he was appointed as the Director of the Plastic Surgery Academic programmes at Queen Mary University of London.

Mr Goutos has achieved numerous publications in peer-reviewed journals and regularly presents his work nationally and internationally. He is currently part of an international group called Scar Academy, which aims to transform scar management globally and member of ‘Interburns’, a charity focusing on improving burn care in low to middle income countries through the provision of education and training.