The third pioneer of our Women’s History Month campaign is Professor Rosemary Wyse (Physics and Astrophysics BSc, 1977). Rosemary is an astrophysicist, Alumni Centennial Professor in the Physics and Astronomy Department at Johns Hopkins University, and Queen Mary Honorary Graduate. 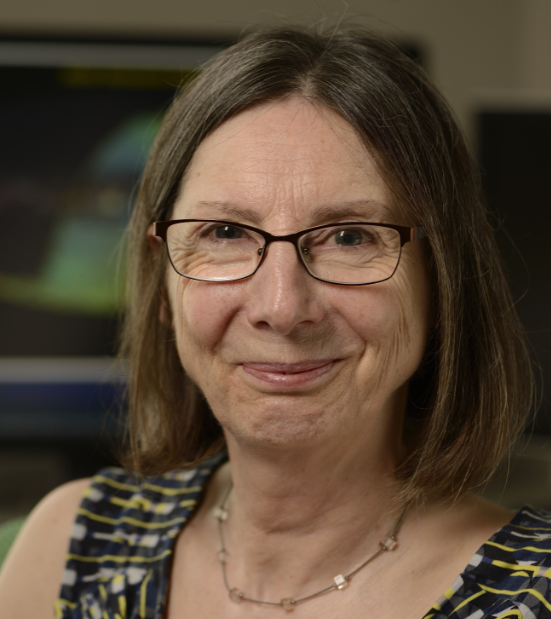 "I was born and brought up in Dundee, Scotland, and attended one of the local state schools. I was particularly drawn to physics, partly out of a love of science fiction as I grew up with the original Dr Who and Star Trek series! I settled on ‘physics with astrophysics’ for my undergraduate degree and Queen Mary College (as it was then) provided the ideal environment and curriculum.

I moved to London in June 1974 and spent the summer working at the Biba store in Kensington, primarily in the roof garden. Then I moved East, to Mile End Road. I struggled to find my feet initially at Queen Mary College but I was the top physics student by the end of third year and obtained a First in my degree overall. I then decided to pursue a PhD in Astrophysics; my first choice was the Institute of Astronomy (IoA), Cambridge, but since I wanted to undertake theoretical research, I had to first take Part III of the Cambridge Applied Mathematics Tripos, and then reapply for a PhD studentship at IoA. I had been accepted elsewhere to go directly into PhD research and was unsure what to do. I received excellent advice from the faculty at Queen Mary College, which was ‘go to Cambridge’. And so I did!

I was accepted into Emmanuel College, part of a very small cohort of women, at postgraduate level only (undergraduate women were not admitted until several years later). Part III is a notoriously difficult year of study, but I persevered, strongly supported by my friends. I attained the equivalent of a First-class degree, which meant not only would I be accepted to undertake my PhD at IoA, but also that I became the first female Batchelor Scholar of Emmanuel College. The High Table dinners were memorable!

I started my PhD in 1978 and finished in 1982 (officially graduating in 1983). I was awarded an Amelia Earhart Fellowship from ZONTA International for my last year. My thesis research covered a range of topics in the general field of galaxy formation and evolution, including a new model for our home, the Milky Way Galaxy. This has remained a passion of mine.

I was awarded a year-long Lindemann Fellowship from The English-Speaking Union of the Commonwealth, which allowed me to explore research in the United States. I also was awarded an endowed postdoctoral fellowship at UC Berkeley. I arranged to take the Lindemann first to Princeton University then move to Berkeley in 1983, where I stayed for almost five years, before joining the faculty of the Department of Physics (now, Physics & Astronomy) at Johns Hopkins University.

Highlights of my subsequent career include the award of the Dirk Brouwer Career Award from the Division of Dynamical Astronomy of the American Astronomical Society (AAS). I was elected a Fellow of the American Physical Society and of the American Association for the Advancement of Science, and was selected as a Legacy Fellow of the AAS. I was honoured to serve as the first female President of the Aspen Center for Physics, the premier research retreat for physicists. I was further delighted to return to the Mile End Road after over forty years, to receive an honourary doctorate from Queen Mary, during an exuberant graduation ceremony in 2018."