This #TogethernessThursday we thought we’d remind you of how the University community has worked together in the past and continued to function even in extraordinary circumstances. 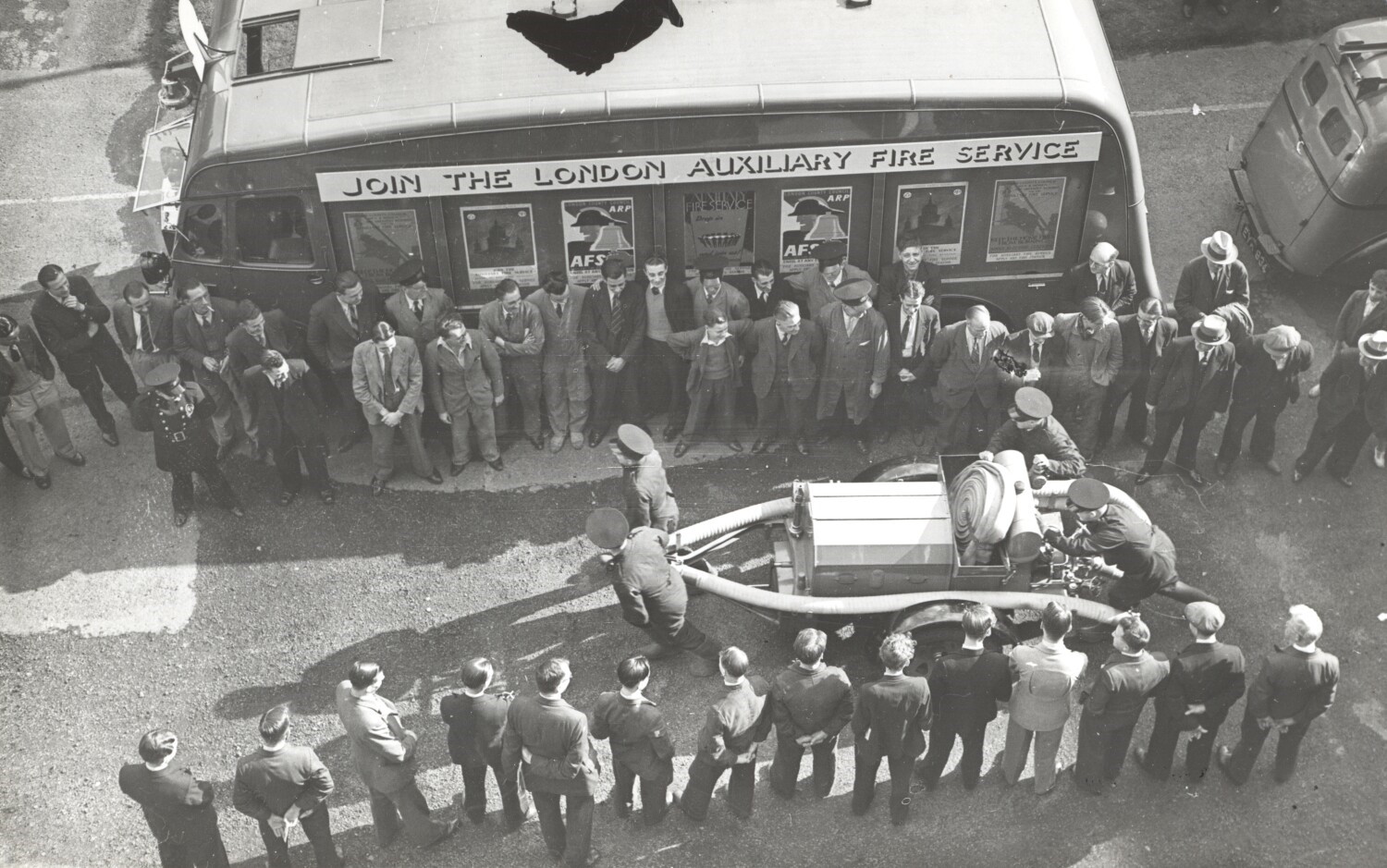 During World War 2 essential services requisitioned buildings across London and both the Mile End Campus of Queen Mary College and the Hampstead campus of Westfield College gave up their buildings accordingly.

On 2 September 1939 the advance party of the 2nd Battalion of Tower Hamlets marched onto the Mile End campus. The buildings, although initially occupied by several different army units for the purpose of guarding London’s docks, was also used by London Auxiliary Fire Service, Auxiliary Pioneer Corps who would help clear air-raid damage in East London, and Stepney Borough Council.

Westfield’s buildings in Hampstead were used for the training of the Women’s Royal Naval Service. Some buildings were used by the charity YWCA whose work to support women and refugees and use of the dining hall suggests they were providing meals. The Tavistock Clinic, a mental health service focusing on war related trauma at the time, also used part of the site.

While students and staff made way for these essential services teaching and university life continued in a new way. Queen Mary College relocated its teaching to Cambridge, Kings College and Westfield College to Oxford, St Peter’s. The only teaching and research that continued for the colleges within London was in the high voltage laboratory. Professor John and Dr Hans Tropper provided courses for officers from the Royal Naval College and training in radio-communications for students called up for work supporting defence against night bombings.

For Westfield College in Oxford Mary Stocks, Principal at Westfield College 1939-51, describes how every inch of space at St Peter’s College was used for teaching - including her bedroom which was used for one on one English tutoring during the day. The landing outside her bedroom was further used for a classics seminar. She describes how modern language students benefited from two of her German Jewish friends whom she helped leave Berlin in 1939 and who stayed at Westfield for a term and helped students practice their German.

Student societies and the Students’ Union continued to be active. The Queen Mary College Student Union organised student volunteers to relieve Air Raid Precautions workers in London during Christmas 1941 and Easter 1942. The Queen Mary College Music Society gave concerts and the Dramatic Society performed Wilde’s “The Importance of Being Ernest” while at Cambridge. Westfield students joined in with Oxford University societies, with several becoming presidents.

Queen Mary College students and staff celebrated VE Day 8 May 1945, the 75th anniversary of which is Friday, in Cambridge and Westfield College in Oxford. They describe bonfires and speeches, boats on the river and dancing.

Queen Mary College gifted Kings College library a copy of Encyclopaedia Britannica as a farewell gift. A member of the Queen Mary boating society in the 1950s described how he helped coach members of the Kings team when they competed on a particular stretch of the Thames well known to him. Mary Stocks credits the evacuation to Oxford with opening up Westfield College to the possibilities of working closer with other university communities.

The Editor of the Leopardess shortly after VE Day 1945 wrote:

With the prospect of an imminent return to London before us, it seems this will be the last “Leopardess” to be published in Cambridge.

In spite of the disadvantages of evacuation, with the consequent disruption of much of our collegiate life, we have been comparatively fortunate during the war. We have not had to contend with any closing of Universities, or the terrors of a German occupation, it is going to be our privilege- and our responsibility – to assist in the establishment of permanent peace: let us hope that we are ready and willing to play our part. There is a great deal to be done; reconstruction is necessary not only in our own college, where we must aim first at completion of our pre-war plans, but on a wider scale throughout the world. Our stay in college is relatively short – it is up to us, not only to get as much out of our undergraduate life as we can, but also to put in as much as possible, to the enrichment of our own and other lives.