The history of Queen Mary University of London and the legacy of its predecessor institutions contain many examples of communities coming together to support each other. Queen Mary's Archives team shines a light on one such example: The People's Palace. 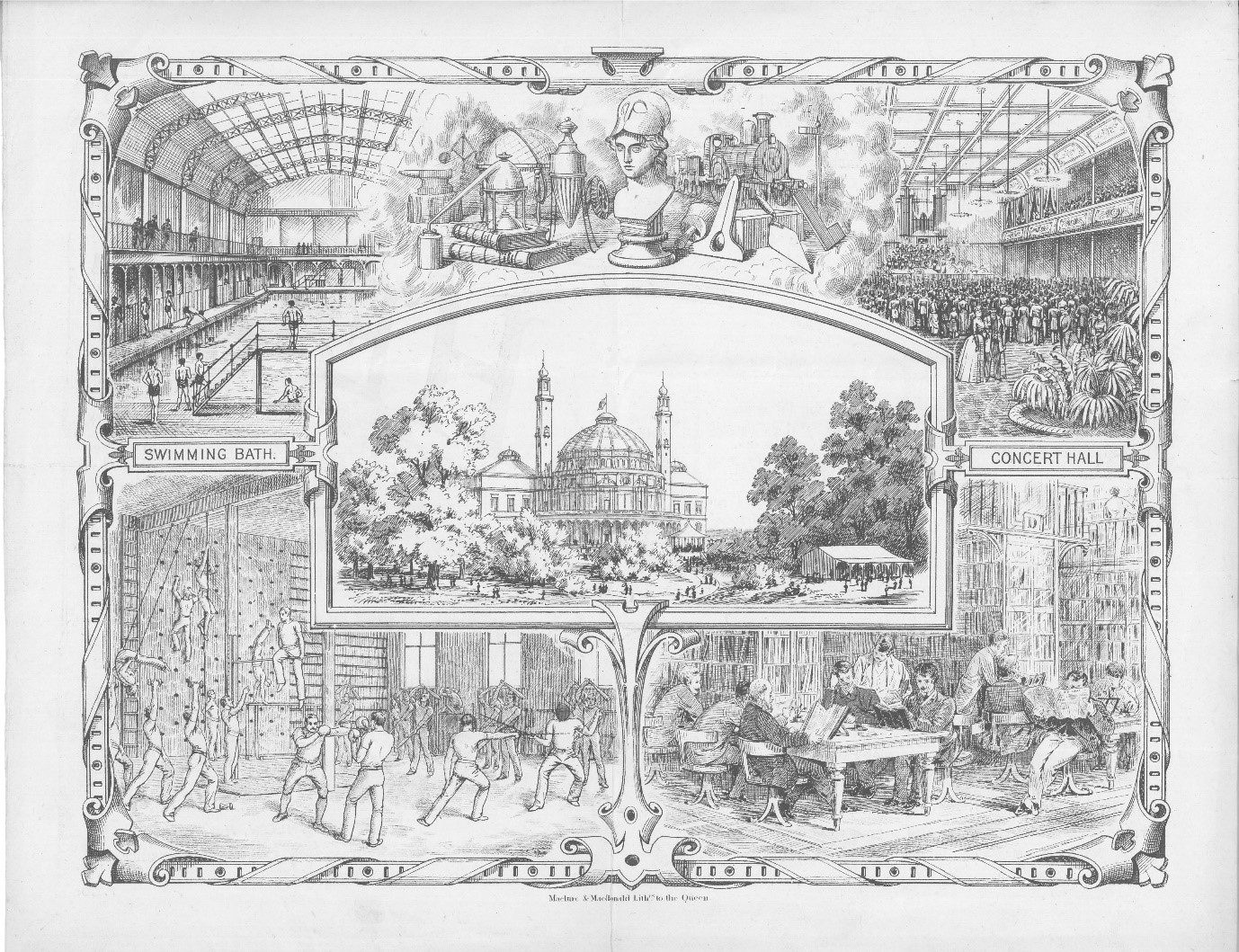 The People’s Palace, one of the earliest institutions from which Queen Mary can trace its roots, was founded with the principle of providing space for community learning. The idea was described as “providing opportunities amidst the dense population of East London for rational amusement and technical education” (Resolution, Mansion House Meeting 23 June 1885). In 1885 there were no other higher education establishments in East London.

From 1885 there was a series of public meetings to raise support for the idea of a People’s Palace. These brought together everyone from the then Prince and Princess of Wales (later King Edward VII and Queen Alexandria), the Lord Mayor of London, the Archbishop of Canterbury, the Chief Rabbi and a Whitechapel bookbinder Frederick Rogers who spoke at a meeting of the difficulties of gaining access to educational materials. The meetings took place at Bethnal Green Museum, Mansion House and Hackney Working Men’s Club. A sermon was even given in support at Westminster Abbey.

Fundraising efforts included a 1-shilling pamphlet for sale featuring the architect E R Robson’s elaborate plans for the palace. They also gained funds through subscriptions contributed by East London Dock workers. They placed adverts in newspapers including the Times. Queen Victoria contributed £500. The scheme was backed by the Draper’s Guild who committed to paying for specific buildings such as the gymnasium and the south front buildings of what is now the Queen’s building. Core funding was to come from money left in the will of regency gentlemen John Thomas Barber Beaumont for “the purpose of affording persons in the neighbourhood of Beaumont Square…the means of meeting together for mental and moral improvement and amusement.”

The people of East London gathered in thousands to see the foundation stone laid by the then Prince of Wales on 28 June 1886 just over a year since the fundraising had begun. The entire complex was completed by 1892 providing facilities for teaching, use of a public library, concerts, shows, exhibitions, swimming, competitions, dances and much more. If you are interested in learning about what went on in the early period of the People’s Palace you can read The Palace Journal, a weekly publication which publicised what went on each week at the palace, online https://www.library.qmul.ac.uk/archives/digitised-records/the-palace-journal/.