Today's #TogethernessThursdays blog post features alumna Pareemala Mauree (Comparative and International Dispute Resolution LLM, 2019) and her plight to raise awareness of how the Covid-19 pandemic and recent ecological disasters are threatening her home country of Mauritius. 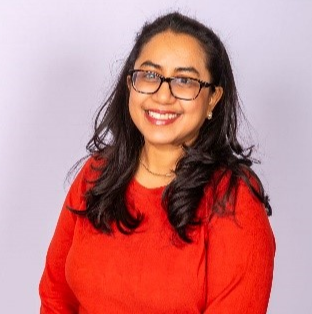 As a former LLM student of Queen Mary University, I would like to raise awareness on the worst ecological disaster which my country, Mauritius is facing in its history. After we were badly struck by the Covid-19 pandemic this year with dire economic consequences to our tourism industry, on July 25, 2020, we were to witness yet another even more dramatic tragedy in our territorial waters.

The ship, MV Wakashio, operated by Mitsui OSK Lines, a Japanese company, struck the reef at Pointe D’Esny on Mauritius’ South East coast on July 25. For unknown reasons, the vessel deviated from its normal route bringing it unusually close to the South East coast of the island. The vessel contained some 200 tonnes of diesel and some 3800 tonnes of bunker fuel. After staying grounded on the coral reef for some 12 days in unfavourable climatic conditions, on August 6, the ship sustained cracks causing oil leakage. At least 1,000 tonnes of oil is estimated to have leaked from the ship onto the waters surrounding Mauritius since then.

On August 7, 2020, Mauritius declared a state of “environmental emergency”. It also appealed for foreign help to secure the ship and its fuel as well as clear the ocean. Several places close to the shore were declared restricted areas in order to clear up the pollution. With the presence of fuel in many places close to the shore, many fish and other aquatic life have died in the oil leakage. Schools close to the shore have had to close down temporarily as it is a major health hazard. Fishermen are out of work. Hotels found close to the shore are also affected. Mauritius, a popular touristic destination, famous for its pristine beaches is heavily reliant on the tourism industry. Last year the tourism industry contributed 63 billion Mauritius rupees (1.2 billion pounds) to the economy.

The ship has been stuck close to the Blue Bay Marine Park, a wetland of international importance, Iles aux Aigrettes, and the Ramsar sites. Wildlife workers and volunteers moved dozens of baby tortoises and rare plants from an island near the spill, Ile aux Aigrettes, to the mainland as fears grew that worsening weather could tear the ship apart along its cracked hull.

Mauritian volunteers stuffed fabric sacks with sugar cane leaves to create makeshift oil spill barriers to protect the shores. There was a huge wave of solidarity as Mauritians donated their hair in an effort to clear the fuel leaked into the ocean. France has also despatched specialist teams and equipment to Mauritius to help contain the spill. Neither Mitsui OSK Lines nor Nagashiki Shipping, the ship’s owner, could confirm the cost of damages from the oil spill. A six person disaster relief team was despatched to remove the oil spill in Mauritius. France also sent specialist team and specialised equipment to help contain the oil spill as well as clean the ocean.

As at August 10, 2020, some 500 tonnes of oil have been salvaged from the ship, but there were still 2,500 tonnes remaining on the ship. Fortunately, the rest of the fuel could be pumped from the ship before it broke in two during the week end of August 15 to 16. This caused the oil slick to spread to ten times its original size within 5 days, spreading 14 miles North along the coast given the strong winds in that location. On Friday 21 August, the UN satellites revealed that over 30km of Mauritius’ beaches, mangroves and coastlines were ‘heavily impacted.’

People manifested their disapproval of the government’s deliberate sinking of the front part of the ship on August 24 before a proper enquiry had been done. On August 26, 2020 and the following days, more than 39 dolphins were found dead on the South East coast of the island. This provoked debates as to whether it was the oil slick which caused the dolphins to die or the deliberate sinking of the ship in the high seas. This spurred massive protest against the government in a peaceful march done on August 29, 2020. This caused the government to institute a court of investigation over the Wakashio oil spill to determine responsibilities.

While operations were still ongoing to clear the oil spill, we were yet to witness another catastrophe. On Monday August 31, during a major operation at sea in Mauritius, a barge carrying oil from the stricken Japanese vessel The Wakashio collided with the tug boat which had been involved the Ships salvage operation due to heavy swells. Four crew members could be rescued. Sadly three crew members died as a result of same. The captain of the crew is still missing to date. It sparked the fear of a second oil spill. Efforts are now geared at removing the fuel contained in the tug boat. What has happened in Mauritius can happen anywhere to any island state and leave long term effects to the marine environment.

I would like to seize this forum to create awareness on this issue. This ecological disaster raises a number of issues in relation to law of the sea:

• Is Mauritius eligible to put an international claim before the international courts for compensation and reparation from the ship owner or Japanese company for the damage done to the environment and all collateral damage to the fishing and tourism industry here?

• Which is the independent authority to determine the irreversible damage caused to the environment, the sea, the different stakeholders of the tourism industry and the Mauritian economy?

• From a law of the sea perspective, who is the party who can claim the damage? Is it the Mauritian government, or the different stakeholders affected in their own capacity?

• Once the Court of investigation has delivered its findings, could these be used to bring an international claim against the Japanese company?

• Is there an international maritime law perspective to this issue? The safety of island states when it comes to sea routes employed by ships of this nature in the Indian Ocean. This might need to be reviewed.

• Is there a need to reconsider shipping routes in future to prevent such calamity from arising?

• Apart from the Mauritian government is there an independent authority which can determine the cause of death of the dolphins? Which is the authority to ensure that the ocean is still safe for marine life after an ecological disaster?

• Is there an international human rights law perspective to this whole issue and case to be met before the ICJ as we are damaging the marine bio diversity and seriously endangering the livelihood of all those depending on the tourism industry?

The above are some of the questions which I consider we will need urgent answers to in order to redress our situation in Mauritius. I would be grateful to have the opinion of one and all on these issues as well as any other relevant legal issues which you may deem to arise in such a situation. Your legal views would be most valuable in this crisis situation. Kindly email me at p.d.mauree@hss18.qmul.ac.uk