As part of our Islamophobia Awareness Month campaign, we interviewed Sara Omar, Co-Founder and Co-Editor-in-Chief of Diaspora Speaks. 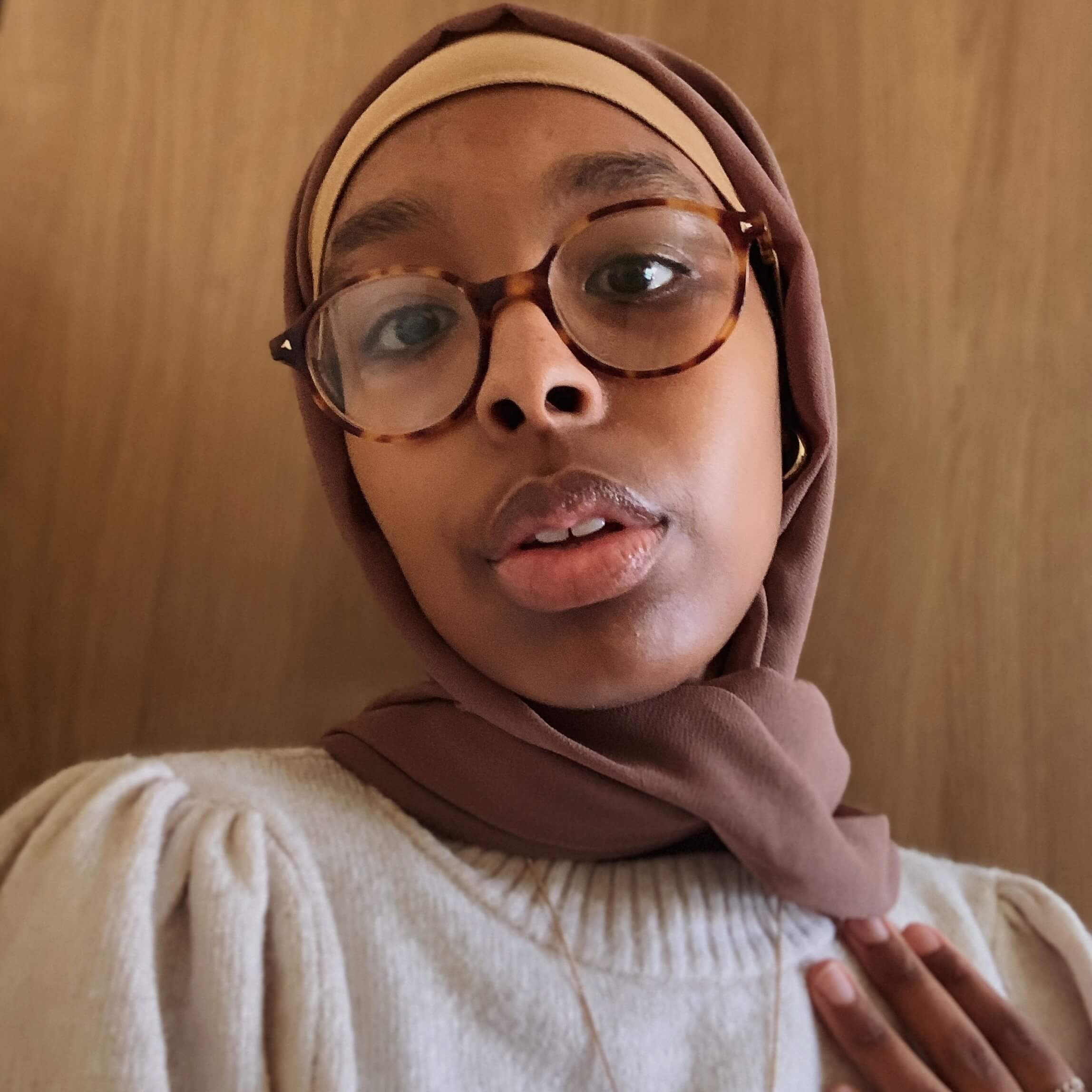 You are currently studying BSc Genetics at Queen Mary. What sparked your interest in this specific degree? I’ve always been interested in science and why things happen, even as far back as primary school. In hindsight, I enjoyed being taught science, particularly biology, so I guess I was always going to study something in the field of biology. Genetics is one of the areas in biology where I have the most questions, which is why I picked this degree. Admittedly, I didn’t think genetics was broad enough to have content for a whole degree, but after researching CRISPR as part of my A-levels, I knew that it was the subject I wanted to study.

What aspects of your degree have you found most enjoyable so far? Genetics is a vast subject and I’ve taken classes ranging from ecology and evolution, to infectious diseases and bioinformatics. I really enjoy how varied my classes are and being able to choose from a relatively wide range of topics to study. My favourite modules so far have been: Infectious Disease Biology, Engaging the Public in Science, and Human Genetic Disorders.

And what has been so special about your time at Queen Mary so far? The people are what make the university, and the students at Queen Mary are amazing. I’ve met so many people that are doing great things from campaigning, to creating spaces, and starting new initiatives!

Do you think it is important to see Muslim representation in the curriculum? For example, in Humanities and Social Sciences degrees where there is more flexibility in the types of modules to study, should Muslim literature and voices be included? Yes! I think it is massively important to have varied sources of information if you want to engage with topics critically. I also think that you’re not receiving an entirely good education if all of the information that you’re being taught is only from particular regions and cultures. Even in biological sciences, I don’t believe enough is being done to acknowledge or teach the work of scientists from different parts of the world and their contribution to our current knowledge.

How does it feel to be a British Muslim woman studying in East London? I think there is a certain feeling of safety that comes with being in areas like Mile End and Whitechapel where there is a large Muslim (and ethnic minority) population. I would rather walk around in a Hijab in East London than many other areas, however, it doesn’t change how people perceive me as a visibly Black Muslim woman.

You are the Co-Founder and Deputy Editor of Diaspora Speaks. What is Diaspora Speaks and what does it aim to do? Do you have any specific articles planned for Islamophobia Awareness Month? Diaspora Speaks is a magazine dedicated to amplifying the voices of students of colour at Queen Mary. We are really passionate about ensuring all students can have their voices and contributions heard and I think having a dedicated space for these aims is crucial. The experiences of students of colour at university is often hindered by racism and discrimination in all forms, and within student groups, creating a magazine for BAME students to feel safe and included is my main goal. Some of our Muslim writers have written about Islamophobia and their experiences and there have also been creative and positive articles, all of which are available on our website diasporaspeaks.co.uk.

Additionally, you are a features writer for QMSU’s CUB Magazine, and your work has also been featured on Amaliah.com, a platform dedicated to amplifying the voices of Muslim women. What are some of the topics you have wrote about to date both in relation to, and outside of, your identity as a Muslim woman? I write about a range of different topics, but I most enjoy writing about women, politics, and society. By default, everything I write about myself includes my identity as a Muslim woman, and a lot of my work is about Muslim women. I believe writing and arts can be used as modes of archiving and recording our existence so with some of my work I prefer to highlight communities and different ways of existing. I hope Diaspora Speaks can act as a platform to archive the experiences of BAME students on campus.

Why do you think it is important to have a platform like Amaliah.com solely dedicated to Muslim women? Do you that more should be done to integrate Muslim voices into mainstream literature and media more generally? Platforms like Amaliah understand Muslim women because it is run by Muslim women and that is why it is important that such platforms exist as the content is truly representative. Whilst integration of Muslim voices into mainstream media is a positive and should be celebrated, many media companies don’t actually care about what Muslims, particularly Muslim women, have to say. That is why we end up with articles and TV shows that cover the same topics and themes - they are made for a non-Muslim audience and therefore don’t take into account what Muslims want to say. Yes, I am a Muslim woman, but not everything I write will be focused entirely on my identity; platforms like Amaliah give the space for Muslim women to write about whatever they want which is key to making sure the voices of Muslim women are heard.

In one of your CUB articles, titled ‘Banning Burkas and Burning Bras – What does it mean to be liberated?’, you argue that “even though many of the comments made about Niqabs, Burkas and Hijabs are fuelled by Islamophobia, the crackdown on the Hijab is inherently a feminist issue”. Can you talk about how you see religion and gender as entwined and how greater gender equality could play a role in breaking down stereotypes and hatred towards religious groups? Religion, gender, race, sexuality, and socioeconomic status are all intertwined and people with intersecting identities are always targeted the most. I don’t think mainstream feminism is intersectional and many feminists fail to acknowledge how privileged they are in a society that perpetuates white supremacist patriarchy. It isn’t enough to break glass ceilings and have more women in higher roles. If you aren’t interrogating the structures that allow for these disparities to exist, then it isn’t enough. Fighting for gender equality should include and hold space for all groups of women, we should be fighting especially hard for the women who suffer the most from sexism and misogyny.

What does Islamophobia Awareness Month mean to you? Are there any Muslim historical figures you wish more people knew about or anyone who has inspired you in the Muslim Community? Islamophobia Awareness Month is a time for non-Muslims to listen and understand the people who are raising awareness of Islamophobia. I would recommend people read It's Not About the Burqa: Muslim Women on Faith, Feminism, Sexuality and Race and I Refuse to Condemn: Resisting Racism in Times of National Security, both collections of essays that give good insight into different areas of being a Muslim in the Global West.

In your opinion, what are some of the most pressing issues faced by Muslim communities and what do you think needs to be done to challenge and raise awareness of such issues? The persecution of Muslims globally is the biggest challenge. Uyghur people in Xinjiang are being targeted and abused on a large scale and it is really heart-breaking. Similarly, there are many other groups like the Rohingya people who are targeted because of their identity. The so-called “War on Terror” has really affected Muslims in many countries and continues to do so, whilst also creating a rise in Islamophobic attacks and sentiment in countries like the UK and the US. I don’t know what we as individuals can do apart from raising awareness by using social media, writing articles, and putting pressure on MPs to recognise the issue in Parliament.