In their own words, married alumnus and alumna Matt and Gulnoor Jones narrate their love story, telling their audience how they have "essentially grown up together" and "moulded into separate complementary halves of a whole." 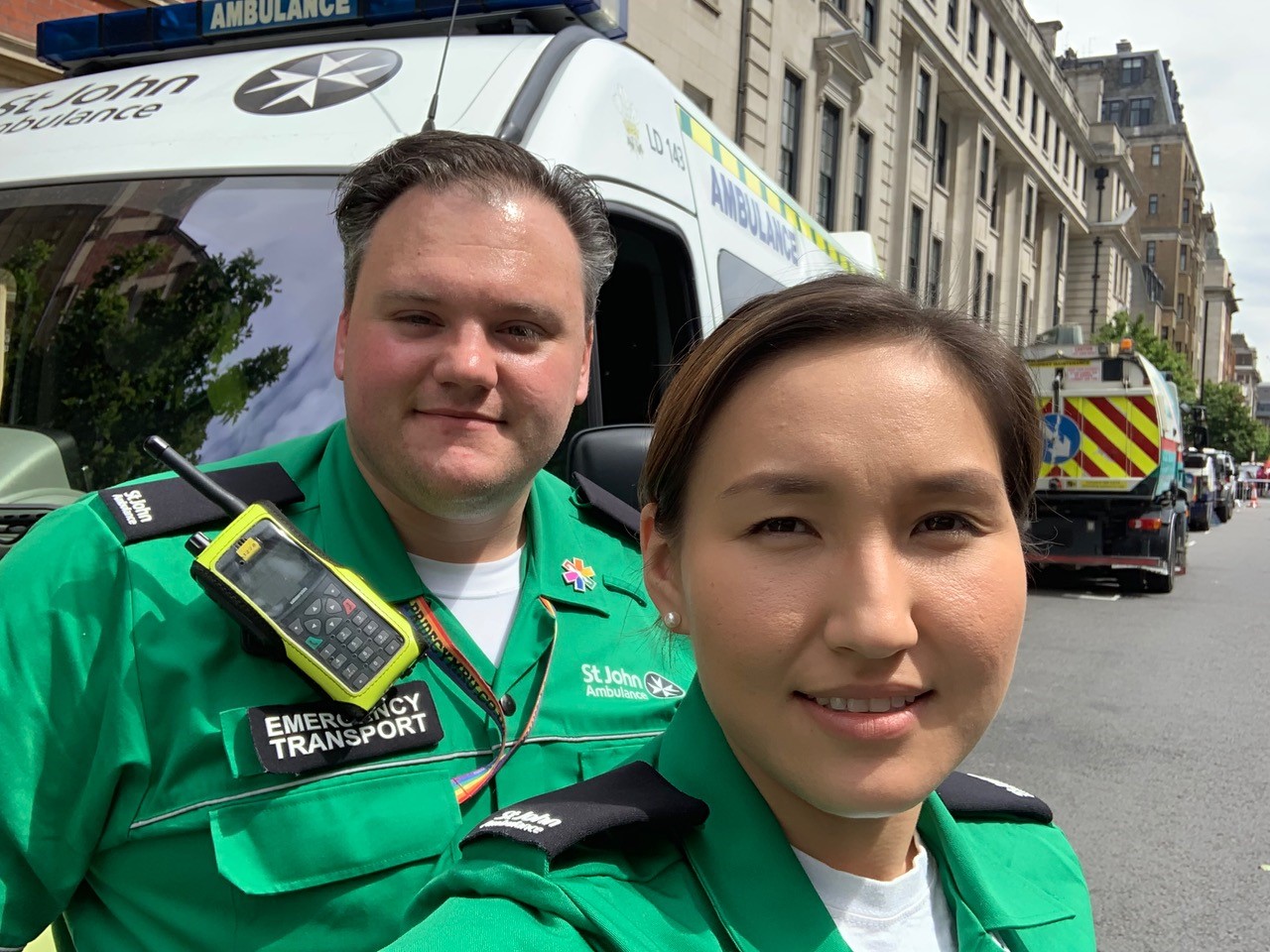 What did you both study whilst you were at Queen Mary? What sparked your interest to study your particular courses? We were both students on the Biomedical Sciences course between 2009 – 2012. We both had (and still do have!) a passion for human biology and medical sciences. We chose the course at Queen Mary because we liked the structure and content that was taught along with Queen Mary’s strong background as a research-led institution.

How did you meet? Did you make it official during or after your time at Queen Mary? We met each other at the start of our very first lecture in the first semester of the first year (Shane Wilkinson’s Microbial World and Humans module). Gulnoor sat down next to me, said hello and then very quickly moved away – she assures me that this was because she thought that the overhead monitor in FB1.13 wasn’t working (it was!). At the end of the lecture, we shared an awkward smile and parted ways. It was then during a St John Ambulance society meeting about a month later that we really got talking – continuing the conversation in the Half Moon pub afterwards. From that point onwards, we were inseparable – forging a strong friendship. Our relationship was made ‘official’ about a month into the second semester and we’ve been together ever since.

How long have you been together? We’ve been together for 10 years now. On Gulnoor’s birthday in 2012, Matt proposed and we got married in July 2015.

What’s the secret to a long-lasting relationship? Gulnoor: Emotional intelligence and having an understanding of what’s happened during the day so that we can support each other – realising that we’re stronger as a single unit than as two separate individuals.

Matt: Having a sense of humour is key. I think what’s made it easier for us is that we’ve essentially grown up together, so we’ve moulded into separate complementary halves of a whole.

How would you describe each other in three words/what are your favourite things about each other? Gulnoor: I’d describe Matt in 3 words as: funny, reliable and honest.

What does Queen Mary mean to you both? Queen Mary will always be the place where our journey started – not just for our relationship, but also for our future careers.

What advice would you give to the most recent couples Queen Mary has played matchmaker for, based on your own relationship? And what advice would you give to those who have been unlucky in finding love at Queen Mary? To those who’ve met at Queen Mary – never take each other for granted and don’t be afraid to show your partner your vulnerabilities. To those who’ve been ‘unlucky in love’ – don’t worry and don’t stress about it – the world is a very big place and you never know what’s going to be around the next corner!

What was so special about your time at Queen Mary? Being able to get involved with the running of a society together was a particularly special time for us at Queen Mary. Through our involvement with St John Ambulance, we attended a multitude of events all over London and helped to teach first aid to hundreds of students. Studying together and sharing common interests also made our time at Queen Mary special.

What is it that you both do now? Can you describe your career paths since you graduated? Gulnoor: After graduating, I worked as a healthcare assistant in a care home before going on to work as a teaching assistant in a school in south-west London.  Between 2014-15, I trained as a secondary school teacher at the UCL Institute of Education and have worked as a science teacher in Tower Hamlets ever since. I’m currently the Key Stage 3 lead within the science department, developing a new science curriculum for the school.

Matt: After graduating, I worked for St John Ambulance as a paid ambulance crew, on a contract to the London Ambulance Service, for 2 years. Between 2014-15, I also trained as a secondary school science teacher at Goldsmiths, University of London. I worked for 4 years as a science teacher before accepting a place this year to study for an MSc in Biomedical Sciences (Medical Microbiology) at Queen Mary!

We are both still active volunteers with St John Ambulance and can be regularly found crewing ambulances together, racing around London on blue lights!

Is there any advice you would give to current students or recent graduates considering their career options? Never turn down an opportunity – you never know what experience it will give you and what doors it might open for you!

Have you been back to campus since you left? As we’re still involved with St John Ambulance in London, we often get invited to lead sessions for the unit based at Queen Mary – it always feels a little bit like coming home when we arrive on the main campus!