As part of our newly launched and ongoing 'Life in Halls' series, alumnus John Lucas (Economics and Geography MSc, 1968) takes the opportunity to reflect on what it was like to live in Creed Hall during his master's degree and how his time in Halls has greatly influenced his subsequent career. 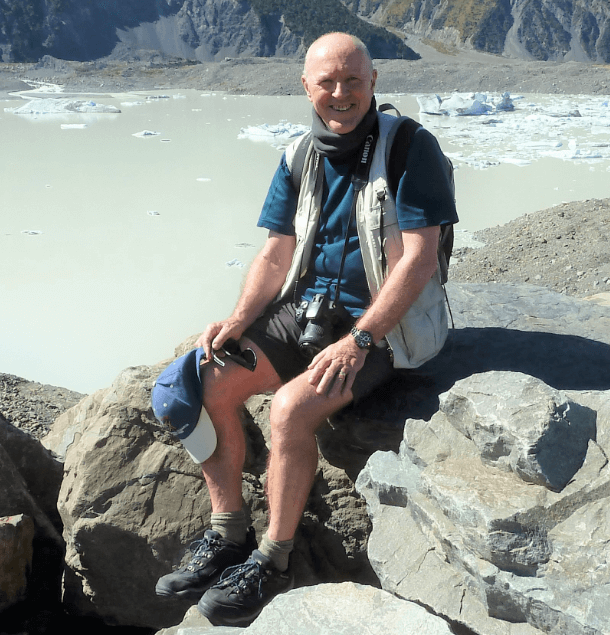 "I am taking the opportunity to tell you, and perhaps others, of my experience of life in Creed Hall from 1967-8, and my subsequent career.

I graduated from Lancaster University in 1967, majoring in Economics, with Environmental Science as my minor subject. Because Lancaster was a new university at the time, no Halls of Residence had been built. I wanted to study Economics and Geography further and applied for a place on the MSc 'Planning Studies' course [Economics and Human Geography] at Queen Mary from 1967-8. My application was accepted and I was happy to be awarded a Social Science Research Council Studentship. I decided to apply for a place in Creed Hall with little hope of success, being a postgrad. Dr Chergwin, the Warden of Creed Hall, later told me that my very late application arrived on his desk simultaneously with a cancellation, so I was given a place.

Between 1968 and 1971 I had tried teaching [too much hard work] and sales promotion in the mail order business [too boring]. My MSc from Queen Mary was the basis for me being appointed lecturer in Economics in the department of Economics and Geography at the University of Salford in 1971. I later developed interests in Urban and Rural Development, Tourism and Gambling Policy. 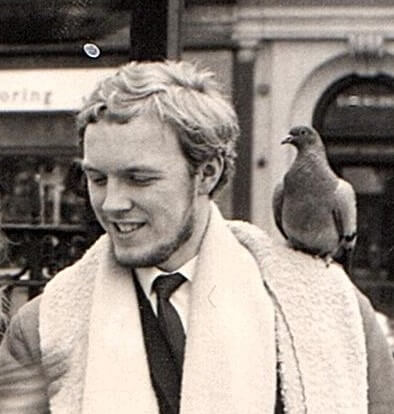 John on the day of his interview for Queen Mary, pictured in Trafalgar Square.

I loved living in Creed Hall, and being a youngish graduate, aged 20 for the first term, helped me to settle in. Being part of the 'sixth-floor' group and the wider Halls community suited me very well. The food service was excellent, and the grounds offered scope for impromptu games of football. The post-dinner crowd watching Tom and Jerry in the common room regularly offered a happy and relaxed social experience. Having a cleaner who bravely ventured into my room occasionally meant that I could invite guests without being ashamed of the mess. The contacts I made there enabled me to play in Queen Mary’s 4th team for rugby [there were only 4 teams], and the 9th team for football [there were only 9 teams]. Fortunately for our student pockets, Dr Chergwin did not charge the sixth-floor group for the damage to the bathroom wash basin. It was an accident, honest! With the sixth-floor group I also learned judo. It was at Creed Hall that I tried croquet for the first time, albeit very briefly.

I firmly believed, after my year at Creed Hall, that a Halls community could be vital in helping students to adjust to university life and great fun for most. Having to share with others, in an academic community, is enormously rewarding and eating communally and sharing some bathroom facilities, is a great antidote to loneliness.

My enjoyment of living at Creed Hall may seem mildly interesting but of little relevance to later life... However, as an academic at the University of Salford from 1971 to 2006, I spent the decade from 1986 to 1996 as the University Senior Warden, responsible for 540 students in 3 Halls of Residence. This position also made me an ex officio University Senator. Those 3 Halls, like Creed Hall, were traditional catered Halls with breakfast and dinner midweek, and all meals at weekends, common rooms and grounds. I had learned from Dr Chergwin [the wash basin!] that a light touch was often the best way to deal with problems that inevitably occur. I also firmly believed, after my year at Creed Hall, that a Halls community could be vital in helping some students to adjust to university life and great fun for most. Having to share with others, in an academic community, is enormously rewarding. Eating communally, and even sharing some bathroom facilities, is a great antidote to loneliness. Halls of Residence also offer a very secure environment. As Senior Warden at Salford I noted that after about 10 days, when students talked about returning to the Halls they would use the phrase, “When I came home”. I had felt like that about Creed Hall. At Creed Hall I was quite unaware of serious personal issues affecting the lives of fellow students. This must mean that Dr Chergwin managed such matters very confidentially and successfully. As a Senior Warden I quickly learned that some students had very severe problems that required intervention by the Warden Service and other support services. Even my attempt at croquet at Queen Mary played a part in my later life. On retiring in 2006 I took up croquet and now play quite seriously, my wife says obsessively, off a [Association Croquet] handicap of 3!

Many Universities have now turned away from traditional catered Halls with Wardens, and prefer to build self-catering en-suite accommodation. I certainly view this some with sadness, and worry that many students will miss the benefits of being part of an academic residential community which traditional Halls of Residence offered.

Now I am retired and travel extensively with my wife Sue. For 12 years I used my qualifications in Geography to lecture on cruise ships, which was a great way to see much of the world at someone else’s expense."